Kaspersky Lab has recently update its popular multimedia project, Earth 2050, to now include a futuristic panorama of the Dubai skyline.

The project provides a futuristic image of what the world will look like in over 30 years’ time. 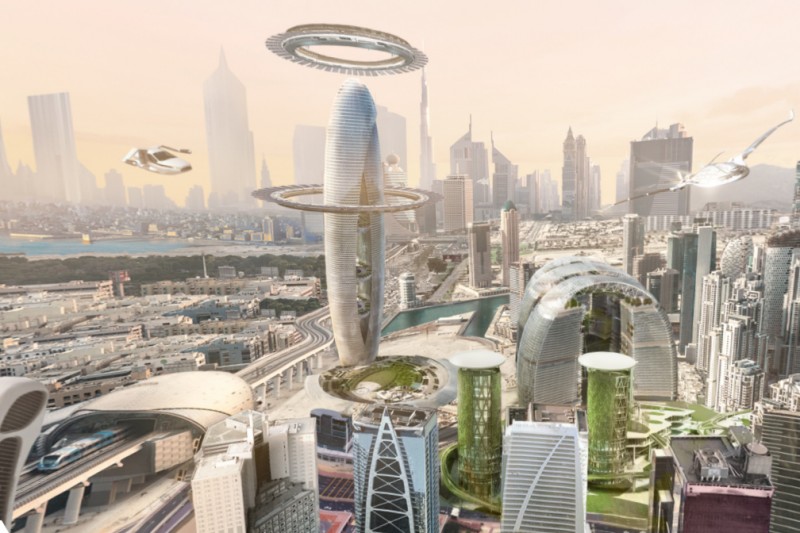 Several new panoramas are now available for users – allowing them to look at what futurologists think Moscow and Dubai might look like in 10, 20 and 30 years from now. The new phase also now includes a forward-looking view of the New York City and Moscow skylines.

Initially driven by content from researchers, this next stage of the project is inviting anyone to share their vision of the future, and has launched simple upload and sharing functions on its website to help. Due to its popularity, in the past nine months, the project has received 1 million page views.

“We are trying to get a better understanding of what users actually think is a positive and realistic vision of the future. With these new changes to the project, we are encouraging much more feedback than before, and in recent months we’ve seen that people are really interested in sharing their visions and opinions”, said Vladislav Biryukov, Head of Consumer Social Media at Kaspersky Lab.

The project also now includes a feature that allows users to rate futurologist predictions on the site, and help others understand which predictions might be more realistic than others. Single predictions, panoramas, graphical works or author profiles can now be shared through social channels to make it easier for users to exchange ideas with each other.

According to Kaspersky Lab, when visiting the 2050.earth website, users will also be able to see tags showing predictions of interest. All graphical works are also collected on a special subpage entitled Art. So, the more you vote, the more information is available to you and other users. Together, this will make the vision of the Earth of the future even more interesting!

The Earth 2050 project has also been awarded the Red Dot Best of the Best award.

“We are proud that this project has not only got the attention of futurologists, but also the design community. We always believed that the future is much easier to understand through images than text, so we’ve opted for a visually ambitious design concept – and it is very rewarding to see that the community endorses this approach,” said Biryukov.

“The site is designed to make people think about what the future might be like and what we can do today to make it better. Of course, we realise that predicting a long way ahead is hard – like forecasting the weather one year ahead. Still, we hope that looking to the future might help us to avoid some of the potential global challenges we face.”