New regulatory standards for commercial and recreational use of drones have been endorsed by the Emirates Authority for Standardisation and Metrology, ESMA, including a surveillance system for detecting unmanned aerial vehicles in the UAE. 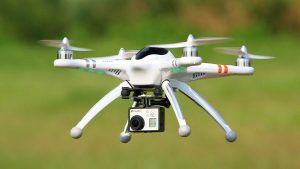 Dr. Rashid Ahmed Bin Fahad, Minister of State, Chairman of ESMA Board of Directors, has stated that the new standards set for unmanned vehicles envisage a central system to monitor any drone operating in the UAE through a mandatory serial number that has to be used by potential manufacturers.

During a company board meeting in Dubai on Sunday, he added that the mechanism is a stepping stone for a nation-wide federal database for such a type of aerial products.

The new regulations will apply to both recreational and commercial usages, including free zones, he said, noting that both assembled and ready-for-use products have to comply to the new standards.

ESMA has developed the new mechanism in collaboration with the General Civil Aviation Administration, GCAA, the Telecommunications Regulatory Authority, the Federal Customs Authority, the Ministry of Interior and Dubai Police General Command with the objective of curbing any negative impact on the flow of air traffic and public, private and institutional property.