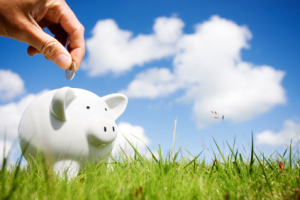 “The continued growth of the Cloud services market will result from the adoption of cloud services for production systems and workloads, in addition to the development and testing scenarios that have led as the most prominent use case for public cloud services to date,” research director, Ed Anderson, said.

YoY, infrastructure-as-a-service (IaaS), including cloud compute, storage and print services, was the fastest growing segment of the market, jumping 42.4 per cent in 2012 to $US6.1bn. Gartner said it is expected to grow another 47.3 per cent in 2013 to $US9bn.

The firm also said cloud advertising remains the largest segment of the services market, account for 48 per cent in 2012. It predicts that from 2013 through 2016, $US677bn will be spent on cloud services worldwide, $US310bn of which will go to cloud advertising.

Gartner said market dynamics vary substantially when considering the cloud services market size and market growth across different regions. According to a statement, “In general, the emerging markets in Asia-Pacific, Latin America, Eastern Europe, the Middle East and North Africa show highest growth rates while representing the smallest overall markets. China is the exception, being both a large and growing market.”

“Providers should not assume that a generic strategy applied to specific countries or regions of the world will produce the same outcome when applied to other countries, even countries with similar market characteristics,” Anderson said.

“Local economic factors, regulatory issues, the local political climate, the diverse landscape of global and local providers, including non-cloud providers, and other country-specific factors ensure a unique marketplace in each country and region.”