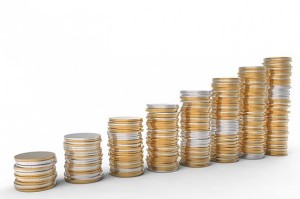 Worldwide IT spending is projected to total $3.8 trillion in 2014, a 3.1 percent increase from 2013 spending of $3.7 trillion, according to the latest forecast by Gartner.

Spending on devices – including PCs, ultramobiles, mobile phones and tablets – contracted 1.2 percent in 2013, but it will grow 4.3 percent in 2014.

Gartner analysts said convergence of the PC, ultramobiles – including tablets – and mobile phone segments, as well as erosion of margins, will take place as differentiation will soon be based primarily on price instead of devices’ orientation to specific tasks.

Enterprise software spending growth continues to be the strongest throughout the forecast period. The 2014 annual growth rate is expected to be 6.8 percent.

“Investment is coming from exploiting analytics to make B2C processes more efficient and improve customer marketing efforts,” said Richard Gordon, Managing Vice President, Gartner. “Investment will also be aligned to B2B analytics, particularly in the SCM space, where annual spending is expected to grow 10.6 percent in 2014. The focus is on enhancing the customer experience throughout the presales, sales and post sales processes.”

“We are seeing CIOs increasingly reconsidering data centre build-out and instead planning faster-than-expected moves to cloud computing. Despite these small reductions, we continue to anticipate consistent four to five percent annual growth through 2017,” Gordon said.