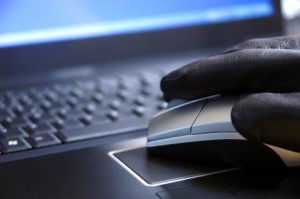 More than 65 percent of IT experts in the GCC say the region is a prime target for cyber criminals, according to GBM, which surveyed over 800 IT professionals from Saudi Arabia, UAE, Bahrain, Qatar, Kuwait and Oman.

The research also revealed that 35 percent of security incidents recorded in the past 12 months were staff related.

“Companies are more aware of IT security issues than ever before. Although organisations are showing more interest in pre-emptive measures against possible cyber threats, they are not always taking the appropriate measures,” said Hani Nofal, Director of Intelligent Network Solutions (INS), GBM.

“Nearly half of the organisations polled spend up to 10 percent of their IT budget on security. However, we expect this number to increase in the future,” he added.

Similar GBM research conducted last year showed that just over a third of those polled claimed that their organisations’ IT policies completely prohibited access to social networking websites. Today, this number has been cut in half, indicating that more businesses are adopting and embracing social media.

“Companies in the region have been exploring social media as a new way of communicating with the public. Enterprises are, therefore, opening their internal networks and allowing access to social media. This is increasing the potential of cyber risks for organisations and making them more vulnerable to cyber security attacks,” said Nofal.

Since GBM’s foundation in 1990, the company has been at the forefront of addressing challenges resulting from an ever-changing cyber crime eco-system in the region. The research coincides with the launch of GBM’s Security Framework, which assists users with mitigating risks. At the core of its IT security offering, the Security Framework enables customers to meet and exceed IT industry best practices in order to secure their infrastructure.