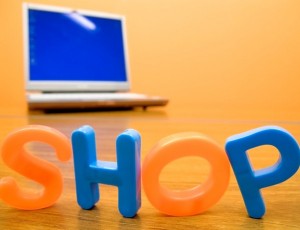 Following a directive issued on Tuesday by His Highness Sheikh Mohammed bin Rashid Al Maktoum, Vice-President and Prime Minister of the UAE and Ruler of Dubai, Dubai World Trade Centre recently announced that GITEX Shopper will now run bi-annually from 2013.

In addition to the highly popular traditional year-end event in September or October, GITEX Shopper will also present an earlier edition from rd to 6th April 2013 at the Dubai World Trade Centre (DWTC).

The strategic relocation of GITEX Shopper to its new home at DWTC this week has been positively received by exhibitors and visitors, with more than 100,000 Shopper fans already rushing to the event in the first opening days to celebrate the incredible Shopper fever, it was reported

Confirmation of the additional GITEX Shopper event in April has been widely supported by exhibitors, both retailers and brands, with many welcoming the double opportunity to boost their retail business and further energise the market. The Middle East is one of the of the fastest growing regions in the world to harness digital technology, whether in homes, schools or corporations, driving strong demand for the latest products and innovations.

Helal Saeed Almarri, CEO of DWTC, the organiser of GITEX Shopper commented,  “It is important for the UAE to maintain its leadership position in sustaining the growth of technology in the region, and guided by the astute vision of His Highness Sheikh Mohammed bin Rashid Al Maktoum, Vice-President and Prime Minister of the UAE and Ruler of Dubai, we have the support to deliver the successful GITEX Shopper extravaganza twice annually.

“GITEX Shopper provides the only platform in the Middle East for consumers to access the top retailers and international consumer IT and electronics brands in one convenient location, and the ever-increasing demand from throughout the region can no longer be met by one show a year,” he added.

The region’s biggest IT and consumer electronics industry sales extravaganza has enjoyed year on year success since it was established 22 years ago and closed its 2012 this Saturday, with visitor numbers and final revenues expected to break all previous records.

Both shows will be hosted at its new home at the Dubai World Trade Centre (DWTC).