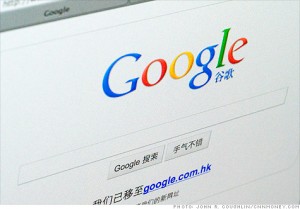 Access to Google services in China appeared to return after they were blocked briefly as the country prepares to appoint new leadership.

The blocking appeared to last for about 12 hours, with Internet traffic resuming to the sites after 6 a.m. local time, according to Google’s Transparency Report, which monitors company’s services worldwide. In Beijing, Google was accessible, although loading the sites was slow.

GreatFire.org, which monitors China’s online censorship, also said Google access appeared to be restored in many locations across the country.

This is the first time Google has been blocked in China since 2010, in what was then only a brief disruption. It’s unclear why the sites were targeted this time, but China’s Communist Party is currently holding its 18th Party Congress, where it will name the country’s new leaders.

The blocking also occurred just two weeks after Chinese censors targeted The New York Times after it had published an article on the billions in wealth amassed by the family of Chinese Premier Wen Jiaobao. The New York Times’ website continues to be inaccessible from within the country.

China periodically increases the level of Internet censorship when sensitive government-related matters arise. This happened last year when an online call was made urging the Chinese people to protest. Subsequently, Google accused the Chinese government of disrupting access to its Gmail service in the country.

In this latest Google blocking, some Internet users took to China’s Twitter-like microblogging sites to complain, and pointed to how Gmail access had been closed off.

Google’s popularity in the nation, however, has declined since the company shutdown its China-based search engine in 2010. The company current has a 5 percent share in China’s search market, according to data analytics website CNZZ.com.