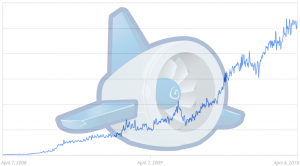 Google is hoping to appease developers that want better portability for their hosted apps by working with Red Hat on running App Engine in private clouds.

The bulk of Google’s and Red Hat’s joint effort has been aimed at beefing up the open-source App Engine Test Compatibility Kit (TCK). Google engineers provided many of the tests of the internal App Engine product, while Red Hat engineers added several tests to verify that their implementation of App Engine is correct, Champenois said.

The tests can in turn be used to verify third-party implementations of the App Engine SDKs, such as Red Hat’s CapeDwarf.

CapeDwarf is what will improve application portability. It is currently under development and lets developers run their Java-based App Engine applications without modification on a JBoss Application Server cluster or on Red Hat’s OpenShift cloud. The ultimate goal of is to fully implement all the APIs of the Google App Engine. The project’s website shows that storage, task queue, search and multitenancy APIs have already been completed.

Red Hat isn’t alone in expanding where App Engine applications can run. On Friday, AppScale released version 1.8 of its open-source implementation of App Engine. The platform is primarily written using the Python programming language and allows apps to run in an enterprise’s datacenter as well as other public or private clouds.