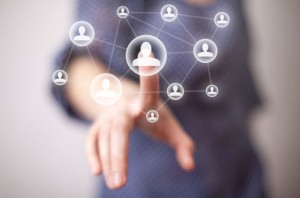 Social media can make financial institutions seem less dull and better engage customers, according to officials on a panel at the AB+F Retail Financial Services Forum.

Engaging customers through social media is a “game changer” because it makes financial services less “boring”, said UBank general manager Alex Twigg. UBank is a division of National Australia Bank. “I’m a 20-year banker and I’ve yet to meet someone who wants to do banking.”

While CommBank now allows its Australian customers to bank through social media, Epstein said traditional bank branches are not going away. Rather, social complements branches by letting customers bank whenever and wherever they are, she said.

ASB Bank, a New Zealand subsidiary of CommBank, recently rolled out a full branch on Facebook that allows customers to chat live with bank tellers. Epstein said it was “groundbreaking” but couldn’t provide any numbers on how successful it has been.
Home loan broker Aussie has seen an inverse relationship between the importance of a business and its number of social followers, said Stuart Tucker, Aussie general manager of marketing and product. For example, Ugg Australia has many more followers than Aussie, he said.

Aussie has found success by decentralising its social presence into many micro-communities run by local and regional brokers, Tucker said. Brokers are gaining incremental business from these local social networks, he said. “Any of them doing it well will tell you it generates enquiries every day.”

The ability for customers to be influenced on social media “continues to accelerate”, claimed Rocky Scopelliti, Telstra group general manager of industry development. However, there is a “major gap now emerging between the appetite for Australians to use social media and the enterprise’s ability to respond to that”, he said.

The Telstra official said there are 15 million Australians on social media and 4 million actively use it to search for and purchase products. However, only 30 per cent of small businesses and less than half of medium-sized businesses have a social media presence.

Twigg said it’s important to build social into the culture of the organisation. UBank does not have a “social media team” because everyone on staff is involved in social, he said. “It’s actually a key, core point of the UBank proposition.”

“Data is the next big thing,” Twigg said. The ability to analyse data about customers to influence their behaviour, without being “creepy” about it, will be an important tool for banks in the future, he said.