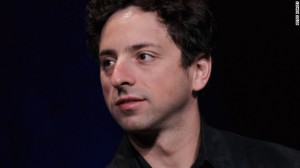 Google co-founder Sergey Brin has expressed his concern that the freedom of the internet is under constant threat by governments, the entertainment industry and proprietary companies, such as Facebook and Apple.

Brin warned of “very powerful forces that have lined up against the open internet on all sides and around the world”, in an interview with the Guardian.

He also said that he is “more worried” than he has been in the past and that the current situation is “scary”.

Brin pointed to governments trying to control internet access among citizens and the entertainment industry’s constant attempts to crack down on privacy as two of the main challenges facing a free and neutral internet.

For instance, China has recently introduced ‘real identity’ rules for internet users, in a bid to identify anti-government bloggers, and Iran is reportedly planning to introduce a sealed ‘national internet’ from this summer.

There have also been numerous examples around the world, including in the UK, where Hollywood has put pressure on governments to push through legislation that requires ISPs to block websites that allow copyrighted content to be downloaded illegally.

Facebook and Apple also bore the brunt of Brin’s criticism for being too closed in their development. He claimed that Google would not have been created if the internet had been dominated by such companies at the time.

“You have to play by their rules, which are really restrictive,” he said.

“The kind of environment that we developed Google in, the reason that we were able to develop a search engine, is the web was so open. Once you get too many rules, that will stifle innovation.”

Finally, Brin also admitted that some people are anxious about the amount of data that is now in the reach of US authorities because it sits on Google’s servers in the US.

He said that the company was periodically forced to hand over data and was sometimes not able to notify users when it had done so due to legal reasons.

“We push back a lot. We are able to turn down a lot of these requests. We do everything possible to protect the data,” said Brin.