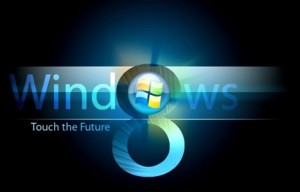 Microsoft on Monday said it will sell just three Windows 8 editions for Intel PCs, half as many as the company pushed in 2009 for Windows 7.

Windows 8 — long the label Microsoft and analysts have used, and as of Monday, the official nameplate — will be sold at retail and pre-loaded on new PCs in one of two editions: Windows 8 and Windows 8 Pro.

Windows 8, said Microsoft, will be the de facto standard for consumers, while Windows 8 Pro will be aimed at advanced users and businesses.

“If you are an enthusiast or you want to use your PC in a business environment, you will want Windows 8 Pro,” wrote Microsoft spokesman Brandon LeBlanc in a blog post.

Volume customers that pay for Software Assurance agreements — subscriptions that let companies upgrade during a multi-year period in exchange for paying a set per-license fee — will be offered Windows 8 Enterprise.

Only three of those SKUs, Home Premium, Professional and Ultimate, were available at retail in the U.S. The Home Basic version was restricted to developing markets and Starter Edition, although available worldwide, was a bare-bones version whose users could open only three applications simultaneously.Windows 7 Enterprise, like its upcoming sibling, targeted volume customers.

In the blog revealing the SKUs, LeBlanc also said, “For China and a small set of select emerging markets, we will offer a local language-only edition of Windows 8,” perhaps leaving open the door to Basic- or Starter-style versions.

The three editions of Windows 8 had been predicted in February by ZDNet blogger Stephen Chapman, who found a list of Windows 8 SKUs in Hewlett-Packard support documents.

As expected, Microsoft dumped the Ultimate edition, which debuted in Vista and was also in Windows 7’s lineup. Microsoft demoted Ultimate in the latter just before Windows 7’s launch, dropping the heavily criticised “Ultimate Extras” feature from that version.

Microsoft company also dubbed its new tablet-oriented operating system, which executives had previously called “Windows on ARM,” or WOA, as “Windows RT.” The new designation is a nod to WinRT, for “Windows Runtime,” the APIs (application programming interfaces) responsible for the Metro interface and its apps.

Most users who left comments on LeBlanc’s blog post loathed the name and argued that alternatives such as “Windows 8 for Tablets” or “Windows 8 Touch” would have been clearer.

“I can imagine walking into Best Buy or other places,” said someone identified as “darrenwbaker” Monday. “Here are the Android tablets, here is the iPad and here are the Windows 8 and Windows RT devices … HUH?”

Microsoft did not detail the pricing of the various Windows 8 SKUs, or hint at a release date. Historically, it has waited — in Windows 7’s case, to the summer of 2009 — to put price tags on each edition.

LeBlanc did say that the company planned at some point to “share information about limited-time programs and promotions that we will make available to customers,” indicating that Microsoft would likely offer free or nearly-free upgrades to people who purchase a new Windows 7 PC in the months before and after Windows 8’s launch.

His mention of promotions may be a clue that Microsoft will again aggressively mark down Windows 8 upgrades, as it did with Windows 7 for two weeks in 2009, when it discounted Home Premium and Professional by as much 58%.