Intel may have cut ties with Android on smartphones and tablets, but the company’s partnership with Google on Android for the Internet of Things is growing stronger. 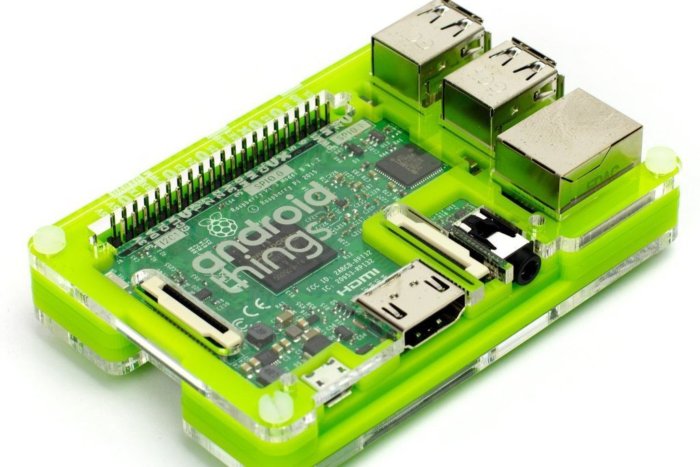 Google’s Android Things, a slimmed down version of Android for smart devices, will be coming to Intel’s Joule 570x computer board.

The combination will allow makers to cook up Android-based gadgets or smart devices for use in home, retail, or industrial settings.

The Intel board adds a lot of processing and graphics muscle to projects. With 4K graphics capabilities, the 570x is good for devices with screens or computer vision, like robots and drones. Intel demonstrated a bartending robot that used the board at its annual trade show last year.

A standout feature in Joule 570x is a RealSense 3D depth camera, which can recognize objects and measure distances. The board has an Atom T5700 processor, 4GB of LPDDR4 RAM, 16GB of storage, and 802.11ac Wi-Fi.

On paper, the Joule 570x has better specifications than the Raspberry Pi 3. But it could also be overkill for Android Things, which can also work on work on sensor devices that require only basic processors like Quark on Intel’s Edison.

Putting Android Things in more devices will help Google effectively compete with Amazon’s Alexa, the voice-assistant technology that is being used in more gadgets and home appliances.

Last week, Google hinted that makers will be able to build devices with the company’s machine-learning technologies like voice and speech recognition, which are mainly based in the cloud. Google’s will bring its TensorFlow APIs (application programming interfaces) to makers later this year.

Android Things is also one way for Google battle Microsoft’s Windows 10 IoT Core, Ubuntu’s Snappy Core, and other Linux-based embedded OSes. Billions of IoT devices will ship in the coming years, and there’s an OS battle raging in the area, much like the OS competition in the PC and server markets.