Dubai, UAE, November 10, 2021: Sophos, a global leader in next-generation cybersecurity, today published the Sophos 2022 Threat Report, which shows how the gravitational force of ransomware’s black hole is pulling in other cyberthreats to form one massive, interconnected ransomware delivery system – with significant implications for IT security. The report, written by SophosLabs security researchers, Sophos Managed Threat Response threat hunters and rapid responders, and the Sophos AI team, provides a unique multi-dimensional perspective on security threats and trends facing organisations in 2022.

Once they have the malware they need, RaaS affiliates and other ransomware operators can turn to Initial Access Brokers and malware delivery platforms to find and target potential victims. This is fueling the second big trend anticipated by Sophos. 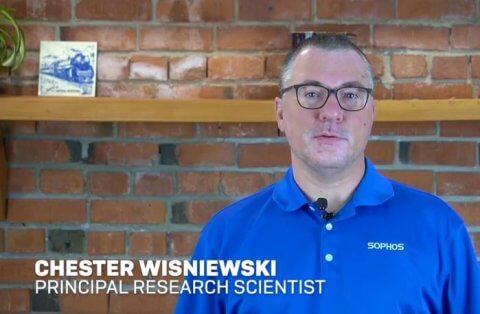 “Ransomware thrives because of its ability to adapt and innovate”, said Chester Wisniewski, Principal Research Scientist at Sophos. “For instance, while RaaS offerings are not new, in previous years their main contribution was to bring ransomware within the reach of lower-skilled or less well-funded attackers. This has changed and, in 2021, RaaS developers are investing their time and energy in creating sophisticated code and determining how best to extract the largest payments from victims, insurance companies, and negotiators. They’re now offloading to others the tasks of finding victims, installing and executing the malware, and laundering the pilfered cryptocurrencies. This is distorting the cyberthreat landscape, and common threats, such as loaders, droppers, and Initial Access Brokers that were around and causing disruption well before the ascendancy of ransomware, are being sucked into the seemingly all-consuming ‘black hole’ that is ransomware. It is no longer enough for organisations to assume they’re safe by simply monitoring security tools and ensuring they are detecting malicious code. Certain combinations of detections or even warnings are the modern equivalent of a burglar breaking a flower vase while climbing in through the back window. Defenders must investigate alerts, even ones which in the past may have been insignificant, as these common intrusions have blossomed into the foothold necessary to take control of entire networks”.

To learn more about the threat landscape in 2021 and what this means for IT security in 2022, read the full Sophos 2022 Threat Report.