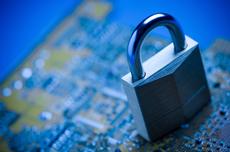 FraudMAP Mobile is an extension of the company’s FraudMAP Online product for desktop computers, which studies how a bank’s customer uses an online banking site.

The software, which runs on a bank’s servers, creates a mathematical model for how a person normally uses an online banking website and then looks for anomalies in their behavior, which could be a sign of fraud, said Terry Austin, Guardian Analytics’ CEO.

The model for normal behavior can be created in about three weeks for a person who logs in two or three times a week, Austin said. FraudMAP Mobile looks for parameters such as what network a person is connected to, what device is used, the time when a person logs in and approximately where the person is located, he said.

Austin said the software generates fewer false positives than rule-based systems, which for example might cut off a person’s access to their account if they log in from another country. “We are always looking at what you do as a user, so as a result we can be much more precise,” he said.

FraudMAP Mobile will also spot some of the early preparation done by hackers to an account in order to make a fraudulent transfer go smoothly. For example, hackers might change a person’s phone number in order to intercept one-time passcodes sent to a mobile device for transaction verification, Austin said.

“You can often get in front of it before the fraudster has a chance to move the money. We can clear out a lot of that threat before it becomes a monetary risk,” Austin said.

FraudMAP Mobile has been tested by a few financial institutions, Austin said. Guardian Analytics counts about 160 customers for its FraudMAP Online product, including financial institutions such as Pacific Continental Bank, which operates in the U.S. Pacific Northwest; Star One Credit Union based in Silicon Valley in California; and NEFCU, a New York-based credit union.