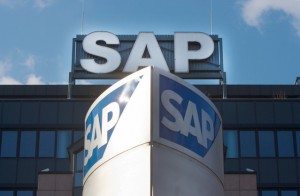 SAP is closing in on 600 customers for its HANA in-memory database platform and is also making adjustments to enterprise edition pricing, an executive has said.

There are now more than 500 total customers for HANA, which was released about a year ago, and SAP is “closing in on 600 who have purchased it,” said Steve Lucas, Global Executive Vice President and General Manager, SAP database and technology.

About 100 are in full production scenarios while another 200 projects are ongoing, according to Lucas.

SAP has called HANA the fastest-growing product in company history, with it on track to generate at least €320 million (US$403 million) in revenue this year.

The company has released public pricing figures for some versions of HANA, but has been less specific concerning the enterprise edition.

There are reasons for SAP’s reticence about the latter’s cost, according to Lucas. For one, SAP is working on some changes, although he didn’t provide specifics. “We’re tweaking a few things, in a good way, and I’m always cautious about etching something in stone,” Lucas said.

“We think we’re in a good spot with HANA pricing, and so far, so good,” he added.

Also during the webcast, Lucas emphasised that SAP is positioning HANA as a full platform for companies to adopt.

“HANA is much, much more than a database,” he said. That said, SAP plans to invest heavily in improving HANA’s platform services, he added. “I don’t mind admitting it’s a year old and that some of those need maturing.”

SAP is also trying to build an ecosystem of startup companies building on HANA, and has primed the pump with a special venture-capital fund. Overall, SAP is “getting an accelerated pickup” of interest in HANA from third-party vendors, according to Lucas.