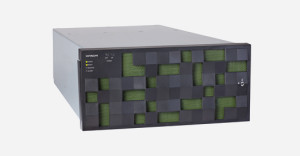 Enterprises are gaining the ability to turn existing storage platforms over to flash even as solid-state media remains mostly a tool for caching and for applications with special requirements.

On Wednesday, Hitachi Data Systems is bringing flash technology from its high-end storage platform to its mid-range Hitachi Unified Storage Virtualisation Machine (HUS VM) system and introducing software for the system that will allow it to be used as a high-performance, all-flash array. Other vendors are also entering the all-flash arena, including Hewlett-Packard, which announced the 3Par StoreServ 7450 Storage system less than a month ago.

Hitachi is taking the Hitachi Accelerated Flash Module from its Virtual Storage Platform and offering it for the HUS VM, a mid-range array designed for smaller enterprises with less need for scale. The new, flash-optimised software included in Wednesday’s announcement will roughly double the potential throughput of the system, and another software release later this year will double it again to 1 million IOPS (I/O operations per second), the company said.

The HUS VM, introduced last year, fits in between the VSP platform for large enterprises and the HUS 100 family, Hitachi’s entry-level line. Customers can now outfit an HUS VM entirely with SSDs (solid-state drives) or mix those components with spinning hard drives.

The flash module packs 1.6TB of capacity onto a card that goes deeper into a standard 19-inch rack unit than a typical SSD would, making more efficient use of space, according to Roberto Basilio, vice president of infrastructure platforms product management at Hitachi. The module also uses multilevel cell flash, which has higher density than the single-level cell type used in many enterprise SSDs.

But speed is at the heart of solid-state adoption and of Hitachi’s enhancements to the HUS VM. Each Hitachi Accelerated Flash module has its own multi-core, multi-threaded controller chip that can carry out functions such as compression and wear-leveling without affecting read and write performance, Basilio said.

To go along with the new flash module performance that this design brings, Hitachi has introduced software improvements to the HUS VM that can double its overall throughput. The HUS jumps from 250,000 IOPS (I/O operations per second) to 500,000 IOPS. Another optional software upgrade, coming in the fourth quarter, will double that yet again, to 1 million IOPS, according to Hitachi.

The rapid read and write performance of flash can help speed up enterprise applications where needed, though it will coexist with hard disk drives for the forseeable future, said Enterprise Strategy Group analyst Terri McClure.

“Judicious use of some level of solid-state storage at every layer of the stack is going to become the norm, over time,” McClure said.

The key is good data-management software to control how the two types of media work together, she said. This software has improved since the introduction of flash storage, and Hitachi’s capabilities there are strong, she said.

Enterprises will be able to fit 12 flash modules on each tray in the HUS VM, with a full eight-tray system holding more than 150TB of capacity. That will double by the end of this year, as the company plans to come out with a 3.2TB module.

The flash modules are available now for US$28,427 each, and an all-flash HUS VM with 8TB of flash capacity costs about $300,000, including the Base Operating System and three years of maintenance.