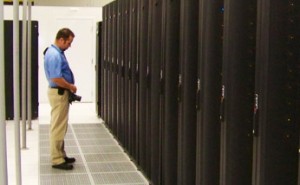 Hewlett-Packard may seek damages of US$4 billion to $4.2 billion from Oracle in its lawsuit over support for Itanium server architecture.

An economist that HP plans to call in the case made the estimate at an evidentiary hearing on Monday in Santa Clara County Superior Court in San Jose, California. The economist, Jonathan Orszag of the consulting firm Compass Lexecon, estimated the difference between HP’s Itanium-related revenue with and without Oracle’s March 2011 announcement that it would stop porting software to Itanium.

“The Oracle conduct at question in this case had a very significant and negative effect on the HP Itanium business,” Orszag said during questioning by HP’s legal team.

HP sued Oracle in June 2011, saying the company had breached a contract when it stopped porting software to the Itanium platform, which powers HP’s so-called mission-critical servers for large enterprises. Last August, Oracle was ordered to resume Itanium support, a decision the company is appealing. The case is now being prepared for a jury trial to determine what damages, if any, HP is entitled to. On Monday, the two sides began presenting the testimony of their planned expert witnesses for approval by the judge in the case, James Kleinberg.

Oracle’s announcement has hurt HP’s Itanium business since the March 2011 announcement and will continue to affect it through at least 2020, Orszag said. He said he chose that end date based on road maps for the platform from HP and its Itanium chip partner, Intel.

In the second quarter of HP’s 2011 fiscal year, during which the March 2011 announcement was made, the company’s Itanium revenue fell 11 percent compared with a year earlier, Orszag said. The next quarter it fell 18.1 percent year over year, and the following quarters saw declines of 32 percent and then 38 percent.

The uncertainty caused by Oracle’s decision made customers turn away from Itanium when making long-term platform decisions, he said. “They don’t want to have the risk associated with some fight, or some delay, or some issue,” Orszag said.

Though Oracle announced after last August’s order that it would resume the porting work, and said on Monday that no customer was deprived of any software, 17 months of disruption permanently damaged the Itanium business, Orszag said. “You cannot hit pause in a technology market,” he said.

Orszag didn’t consider other factors that may have affected HP’s Itanium business, including a decline in HP’s reputation amid the upheaval of executive changes there over the past few years, they said. Another key factor they cited was information that has become public about Itanium nearing the end of its life, according to Oracle and Shahadeh. Oracle alleges that HP hid information about its dealings with Intel that showed the platform is on the way to being phased out.

The impending jury trial will be the second phase of the case, which first came before Judge Kleinberg last June. Last year, Kleinberg heard arguments from both sides over whether a partnership agreement between the companies constituted a contract, and in August he ruled that they did and ordered Oracle to resume porting.

The origins of the conflict go back at least as far as Oracle’s acquisition of Sun Microsystems in early 2010. That brought Oracle into the server business and made the two companies hardware rivals for the first time.