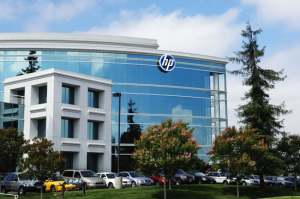 Hewlett-Packard reported increased profits Thursday as its PC business turned in a strong quarter, but the company will slash thousands more jobs to reduce costs.

HP has already cut 34,000 jobs as part of a plan announced two years ago to boost profits. It will now cut an additional 11,000-16,000 jobs to make its workforce “more competitive,” it said.

The latest reductions will be made between now and October next year, CFO Cathie Lesjak said on a conference call. By then HP will have cut as many as 50,000 jobs since the restructuring began in 2012, or about 15 percent of its workforce.

The latest cuts will affect almost all business units and geographies, and they’re expected to yield HP an additional $1 billion in savings, less some costs. HP says it needs to free up the money to invest in new technologies.

“No company likes to reduce their workforce, but the reality is that HP must be maniacally focused on continuous improvement in our cost structure,” CEO Meg Whitman said on the call.

It announced the cuts along with its earnings report for the quarter ended 30th April. HP’s profit for the period was $1.27 billion, up 18 percent from a year earlier, on revenue of $27.3 billion, which was down 1 percent.

Its Personal Systems Group, which sells PCs and laptops, continued to buck industry trends by turning in its second straight quarter of growth, with revenue up 7 percent to $8.17 billion, HP said. Strong sales to businesses offset a slump in consumer purchases.

The PC business was helped by the ongoing migration from Windows XP, Whitman said. That transition could continue helping sales for the next year to 18 months, Whitman said, but she still sees PCs as a “low growth to no growth category” long term.

It was the only division to report growth, with sales in HP’s printing, enterprise computing and enterprise services groups all declining.

Things had been looking up for the enterprise computing group, which reported growth in the previous two quarters. But its x86 server business grew just 1 percent this past quarter, and sales of storage gear and high-end servers were both down.

Even sales of HP’s converged storage systems were lower, including its promising 3Par equipment. Buyers are facing a lot of choices in storage, including flash and thin provisioning systems, and they “paused” last quarter to figure out what to do, Whitman said. She expects the business to pick up in the next six months.

Another of HP’s big technology bets, its high-density Moonshot servers that debuted last year, have been slow to gain ground. Whitman said HP now has “over 100 beta customers” for Moonshot, but it doesn’t expect the product to yield meaningful revenue in the near term.

Excluding one-time items, HP’s earnings of $0.88 a share were in line with what financial analysts had been expecting, according to Thomson Reuters. HP revenue fell below the forecast, however.

In a statement, Whitman said HP’s turnaround “remains on track.”

“We’re gradually shaping HP into a more nimble, lower-cost, more customer and partner-centric company that can successfully compete across a rapidly changing IT landscape,” she said.