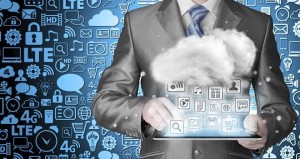 HP has unveiled a network virtualisation system for large enterprise and cloud providers designed to simplify network configuration, and has also enhanced its disaster-recovery-as-a-service (DRaaS) offering in the cloud.

DCN includes a Virtualised Service Directory that integrates with customer policies to refine service delivery and manage of user, compute and network resources. It also includes the Distributed Services Controller, a control plane for the data center network, which runs on an x86 server.

DRaaS – or providing data backup, data recovery and data replication on demand in the cloud – is a market which is expected to take off soon. HP data backup rival Veeam, for instance, predicts that DRaaS will become a popular alternative to purely on-premise data backup next year, as cloud deployments become even more widespread.

HP says its Helion DRaaS offering can improve data recovery times by up to 90 percent, reduce data loss by up to 95 percent, and can save 15 percent to 50 percent in costs through its cloud-based as-a-service pricing model.

The Distributed Services Controller is different from HP’s existing Virtual Application Network SDN Controller and is based on a technology collaboration with Nuage Networks. HP says it is using a different controller for DCN based on time-to-market issues as well as for service provider use cases — multiple data centers at very large scale, where an MPLS control plane can be leveraged.

DCN also includes Distributed Virtual Routing and Switching, based on Open vSwitch, which serves as a virtual endpoint for network services. This capability allows for changes in the compute environment to be detected and accommodated on behalf of application needs, HP says.

In addition to automating and simplifying configuration, DCN is intended to facilitate DevOps by rapidly provisioning test environments and reducing production deployment time. It is also intended to encourage service provider adoption of Network Functions Virtualization, in which many hardware dependent network functions are virtualized to create a more automated and agile environment across multiple data centers.

DCN is immediately available worldwide with a starting price of $65,585. 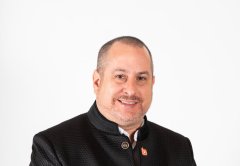