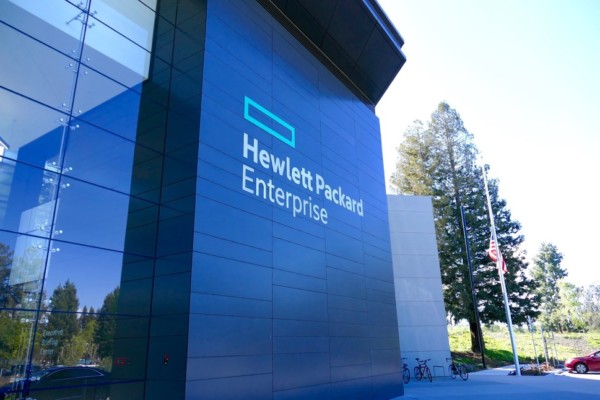 In a surprise move on 24th May, Hewlett-Packard Enterprise said it would spin off its enterprise services business and merge it with Computer Sciences Corporation (CSC) to create an IT services giant with $26 billion in annual revenue.

The decision is the latest step by CEO Meg Whitman in her effort to turn around one of Silicon Valley’s oldest companies. Just last year, Hewlett-Packard split itself into two vendors, with HPE selling data centre products and services, and HP Inc. selling PCs.

Now, HPE will slice itself up further, doubling down on its bet that a smaller company will be able to move faster and attract new business in a world increasingly dominated by the cloud.

HPE said it expects to complete the “spin-merger” by March 2017. The combined company will be led by Mike Lawrie, CSC’s Chairman, President and CEO. Whitman will have a seat on the board, and the remaining directors will be nominated half by HPE and half by CSC.

HPE called it “the logical next step in the turnaround” of its Enterprise Services business, which has been struggling for years to expand its sales and improve profitability. The move essentially undoes HP’s 2008 acquisition of services company EDS, for which it paid around $13.9 billion.

“With cloud services becoming more a part of life for enterprises, selling technology services is becoming a harder and harder business to compete in,” said Charles King, Industry Analyst, Pund-IT.

He and other analysts wondered about the timing of the deal, noting that it may have been in the works as far back as October, when HP first split itself into two.

Since then, HPE has positioned itself as a “transformation” partner for large businesses, promising to help them adapt to emerging technologies like big data analytics, mobility and the cloud.

Selling customers on that message could become harder after it spin-off its services division, however.

“Without a strong services business, how do you be a partner in strategic transformation?” asked Gartner analyst Thomas Bittman.

He speculated that HPE’s Technical Services division, which has been adding new types of services to its roster, will pick up some of the slack. He hoped to get more details when he speaks with HPE’s leadership team.

“HPE will also be more free to partner surgically with other services providers, which could be interesting” he said, pointing to areas such as managed security.

King had similar concerns. “It brings into question the kinds of competitive disadvantages HPE might face going up against companies like IBM, Dell and Lenovo that have sizeable services organisations,” he said. He too expects HPE to lean on partnerships.

In a statement, Whitman said customers would benefit from a “stronger, more versatile services business, better able to innovate and adapt to an ever-changing technology landscape.”

HPE shareholders will own approximately 50 percent of the merged company, and HPE said they’ll gain about $8.5 billion in “expected after-tax value.”

Merging the businesses will also yield cost savings of about $1 billion in the first year, HPE said, but there will also be costs to spinning out the division.

There was no mention of layoffs in the announcement, but HPE already said last year it would cut 33,000 jobs by 2018, in addition to 55,000 job cuts it had already announced.

“It’s got to be incredibly difficult for the HP services employees, who’ve already been whipsawed by layoff after layoff,” King said.

HPE also announced its financial results Tuesday. Second quarter net revenue hit $12.7 billion, the company said, up one percent from a year earlier. It was the first time in five years the businesses that comprise HPE have grown year over year, the company said.

Net profit was $320 million, up from $305 million in the same quarter a year earlier.

Investors reacted well to Tuesday’s news, sending HPE shares 11 percent higher after the close of regular trading, to $18.10.  Shares in CSC soared 28 percent after hours, to $45.50.