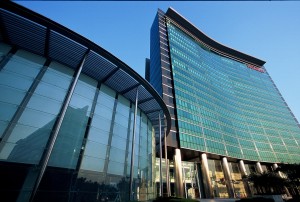 “In 2012, Huawei outlined our new pipe strategy and we will focus even further on this approach moving forward to ensure more effective growth and greater efficiency to drive continued improvements in operating performance,” said Meng Wanzhou, chief financial officer at Huawei.

“We are relatively optimistic about our operating performance and profitability for the remainder of 2012,” she added.

Huawei’s Carrier Network BG consolidated its leadership role by launching the GigaSite solution – the first to deliver gigabyte capacities to individual wireless sites – and it also unveiled AtomCell, the most integrated solution for small cells in the industry.

In the enterprise sector, Huawei restructured Huawei Symantec’s business and enriched its ICT solution portfolios for enterprises. It launched the CloudEngine 12800 – a world-leading core switch for data centres – and was also the first to offer full-view telepresence products that deliver a more natural face-to-face experience.