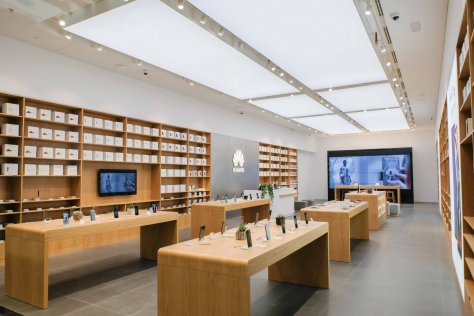 The Huawei Consumer Business Group says it plans to launch new flagship stores across the country during the coming months.

Huawei currently has two standalone stores – which it describes as its experience centers. The third store is expected to be launched by December and located at the Mall of the Emirates in Dubai.

Clement Wong, global product marketing director, Huawei Consumer Business Group told Tahaultech that Huawei wants to be one of the top three smartphone vendors in the UAE and its main focus will be towards achieving this within the US$600 plus smartphone segment.

“We are investing heavily towards achieving this goal. Our two flagship stores in Dubai are aimed at creating a new experience to our customers,” he said adding that there would be more stores in 2018 and 2019. “We started with the Dubai mall. We recently opened the second one at Mirdiff City Centre. We plan to open the third one at Mall of the Emirates. There will be more such stores in 2019,” he added.

He was speaking during the launch of the Mate 20 series at the Burj Park in Dubai.

“UAE is like a brand capital and we showcase our devices to the rest of the region from here. We want to achieve the top status here with our premium models.” he said.

Huawei has been focusing its sales through multiple channels including tie ups with operators.

“we work with a combination of online and brick and mortar stores and telecom operators as well. We have a strong relationship with both Etisalat and du in the UAE. Our operator partnership is especially strong in South Africa. Its growing in Saudi Arabia,” said Chen.