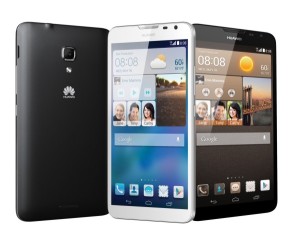 Huawei has revealed its Ascend Mate2 4G smartphone at CES 2014.

The Ascend Mate2 4G features a quad-core 1.6 GHz processor and power-saving technology that improves performance by more than 30% compared to other smartphones in its class, Huawei says.

“With the Ascend Mate2 4G, we are bringing the benefits and convenience of superfast connectivity to people everywhere,” said Colin Giles, Executive Vice President, Huawei Consumer Business Group. “The Ascend Mate2 4G is power-packed for the mobile generation who want non-stop entertainment on the go, such as the ability to snap and download photo albums in seconds or use their smartphone as their mobile office.”

The smartphone comes with Huawei’s proprietary Emotion UI 2.0. The user interface features Huawei’s One-Hand UI to enable single-handed operation. It also features ‘Gloves Mode’ which supports use when wearing gloves and Driving Mode enables voice activation when on the road.

Its Floating Window function gives multi-taskers access to notes, messages, calendar and calculator at any time, the smartphone’s

Huawei says the smartphone has enough power to watch six movies or listen to up to 100 hours of music on a single charge.