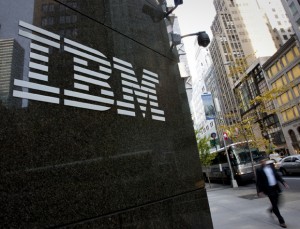 IBM reported on Tuesday that it managed to increase its net income by 5% in 2012, despite a sluggish world economy and a 2% decline in revenue

Ginni Rometty, Chairman, President and CEO, IBM, attributed the financial buoyancy to various growth initiatives, including efforts in analytics, cloud computing and Smarter Planet systems, along with a strong emphasis on growing markets.

Revenue for the Americas totalled $44.6 billion for the year, a decrease of 1% compared to 2011. Revenue from Europe, the Middle East and Africa shrank 6% to $31.8 billion, while Asia-Pacific revenue increased 3% to $25.9 billion.

In a conference call with analysts, Mark Loughridge, CFO, IBM, made the case that hardware sales have been more robust than they initially appear on the balance sheet. IBM sold its Retail Store Solutions (RSS) division to Toshiba, reducing hardware sales compared to last year. So while Systems and Technology revenue was down slightly in the last quarter, sales would have increased by 4% if RSS was factored out.

One bright spot for hardware has been a burst in sales for IBM’s new System Z mainframes, up 56% in the first full quarter since the launch of the EC12 mainframe in August. The company has also sold 2,300 PureSystems in more than 70 countries since its launch last April.

Revenue from IBM Power servers, on the other hand, decreased 19% compared to the same quarter a year ago.

Software also had some high points despite the modest increase in software revenue overall, Loughridge said. Revenue from IBM WebSphere grew 11% in the last quarter, and the Rational line of modelling products grew by 12% from the same period a year earlier.