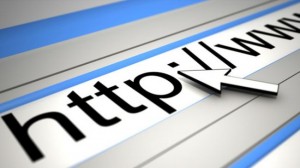 The “Industrial Internet” (or Internet of Things) has the potential to add $10-15 trillion to global GDP by 2030 and reduce billions of dollars worth of waste across major industries such as healthcare, energy and transportation, according to a new report by General Electric (GE).

By combining Internet-connected machines, product diagnostics, software and analytics, the Industrial Internet could boost annual productivity growth by 1 to 1.5 percent in the US, just as the first wave of the ICT revolution boosted US labour productivity growth during 1995-2004.

With partial diffusion to the rest of the world and considering the power of compounding over the next twenty years, the Industrial Internet could add $10-15 trillion (£6-9 trillion) to global GDP, the report claims.

“We found that the benefits from this marriage of machines and analytics are multiple and significant and in today’s challenging economic environment, securing even part of these productivity gains could bring great benefits at both the individual and economy-wide level,” said GE’s Chief Economist Marco Annunziata.

“The full potential of the Industrial Internet will be felt when the three primary digital elements – intelligent devices, intelligent systems and intelligent automation – fully merge with physical machines, facilities, fleets and networks. When this occurs, the benefits of enhanced productivity, lower costs and reduced waste will propagate through the entire industrial economy.”

The report, “Industrial Internet: Pushing the Boundaries of Minds and Machines,” said an initial impact is likely to be seen in advanced manufacturing, but savings can also be expected in healthcare, energy and in transportation – including more fuel efficient airline operations.

However, to achieve these benefits, countries and companies must focus on innovation and invest in deploying the necessary sensors, improve cyber security, and educate a new class of “digital-mechanical” engineers.

“It will take resources and effort, but the Industrial Internet can transform our industries and lives – pushing the boundaries of minds and machines,” the report states.

The US is leading the Industrial Internet revolution, but “increasingly deeper global integration and ever more rapid technology transfer” will help spread the benefits worldwide, according to the report.

The UK government is already investing in “smart city” infrastructure, (which works using the Internet of Things), through a partnership with Intel and by backing a consortium led by Living PlanIT to develop applications that will enable communities to live and work in “an intelligent, efficient and sustainable urban environment”.

The Technology Strategy Board (TSB) has also launched a competition urging local authorities to turn their cities into “smart cities” by integrating transport, communications and other city infrastructure, for the chance to win £24 million of government investment.

“There is great potential for Britain to lead the way in this area,” said Universities and Science minister David Willetts back in June.