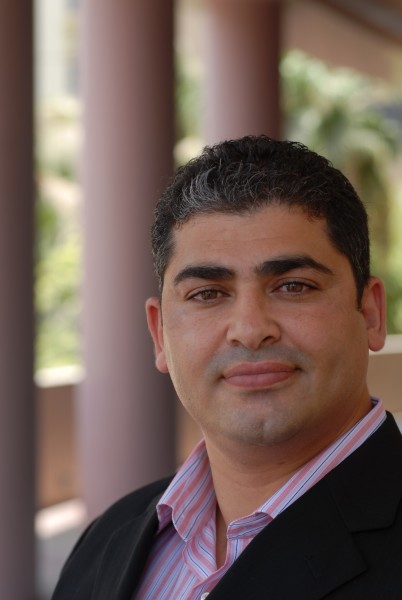 Infoblox is using GITEX Technology Week to highlight its ‘holistic, end-to-end’ DNS security and ‘defense against the widest range of DNS-based attacks such as volumetric, exploits, and DNS hijacking attacks.’

Cherif Sleiman, General Manager, Middle East, Infoblox, says that visitors to the company’s stand can expect some new announcements in terms of its portfolio. “We will be releasing major security enhancements in the DNS and analytics space,” he says. “We’re using GITEX as a platform for educating regional IT decision-makers about Infoblox’s credentials. GITEX is a great place to connect with customers and partners. Relationships and face-to-face interactions play a huge role in our business and GITEX is a brilliant platform to cement our existing relationships and create new ones.”

Across the spectrum of technology, Sleiman believes that there is a range of opportunity for a number of key verticals in the Middle East, and that Infoblox’s solutions are an underpinning necessity that can drive modern transformation. “Trends such as cloud, Big Data, virtualisation, security and mobility are in full effect in the Middle East and they are creating significant pressure as well as opportunities for some of the largest enterprises in the energy, government, telecom and finance sectors,” he says. “We are in the midst of a wave of IT transformation and modernisation and Infoblox is playing a critical role in helping enterprises manage and secure their IT infrastructure.”

Against a backdrop of increased cyber-threats, Sleiman is confident that instability in certan parts of the Middle East mean the IT security market is set to boom. “Regional organisations will focus on security as the number one area of IT spend, given the fact that not only is the threat landscape constantly changing, but also the political turmoil in certain countries is adding another dimension of cyber warfare,” he says. “DNS Security is an area that we believe regional organisations will start paying greater attention to as they begin to understand the damaging consequences of inadequate DNS security measures, including lost revenue due to downtime, diminished customer satisfaction and lost productivity.”

Sleiman sees no reason why the company won’t continue to participate in GITEX. “Without a doubt we’ll be back next year,” he says. “We keep increasing the size of our participation every year and we believe next year will be no different.”