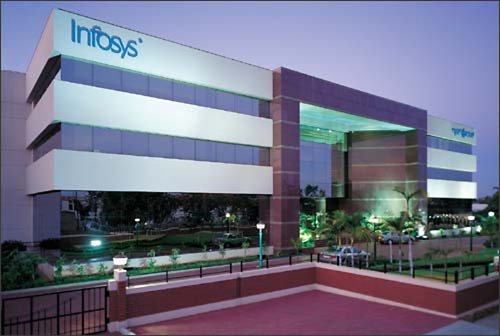 Indian outsourcer Infosys has made an acquisition in the area of cloud computing and invested in a personal health monitoring company as it tries to move into high value products and services.

The transition is, however, taking time and in the financial results the company reported Friday its revenue and profit grew only slightly. The company said it faced pricing pressure in its core outsourcing business, which still largely prices its services around the number of people deployed on a customer’s project.

As it expands into other markets, Infosys has agreed to pay US$120 million to buy Kallidus, a cloud-hosted platform for retailers to provide apps and other mobile content. The company also invested $2 million from its Innovation Fund in Airviz, a spinout from Carnegie Mellon University that is focused on personal air quality monitoring.

During the quarter, it also bought Panaya, a US vendor of automation technology for testing enterprise software deployments.

India’s second largest outsourcer has been limping for a number of quarters, leading to the return of the company’s founder N.R. Narayana Murthy in 2013 to temporarily lead the company. In August last year, he handed over to SAP’s former technology chief, Vishal Sikka, who promised to take the company into higher value-added services, products and greater use of automation and artificial intelligence for the delivery of its services.

Part of the reason is the move by customers to cloud and the delivery of software as a service. That has meant that Indian outsourcers are losing traditional business in areas like implementation of enterprise resource planning applications and remote infrastructure management, but have not yet taken advantage of new opportunities, Apte said.

Infosys said it had been hit by pricing pressures due to higher commoditisation of the traditional outsourcing business.

The company reported Friday that its revenue had grown year-on-year by 3.2 percent in the first quarter to $2.2 billion, while profit grew 2.3 percent to $498 million. A factor in Infosys’ favour was the lowering of its quarterly annualised staff attrition rate to 13.4 percent, a critical measure for Indian companies, which need high quality people in large numbers to keep the business running.

In contrast, India’s largest outsourcer Tata Consultancy Services reported last week that revenue had grown year-on-year by 11.3 percent to US$3.9 billion in the first quarter, while profit grew 10.5 percent to $951 million, without taking into account the cost of a one-time bonus to employees on the 10th anniversary of its initial public offer.