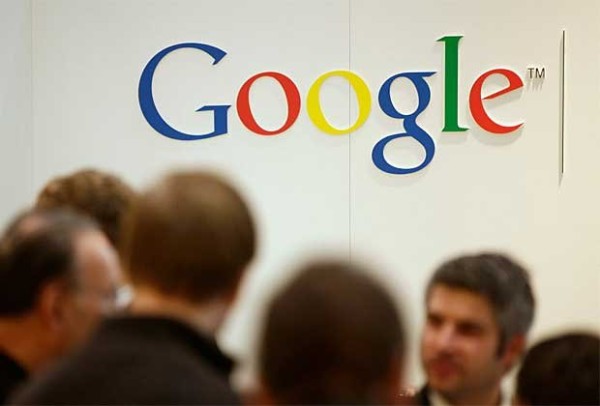 As Google dives into the Wi-Fi and cellular network services business, some are wondering just where the company is headed.

Google, known for its dominant search engine and Android operating system, has been stretching boundaries with newer projects like autonomous cars and robotics. Now it’s competing with the likes of wireless carriers like Verizon and AT&T in the data and cellular market.

While the latest Google move may look confusing, Project Fi is feeding Google’s long-term strategy — getting more data about its users that it can turn into ad sales and greater revenue.

“I’m not sure they’re trying to become a big-time wireless player,” said Brian Haven, an analyst with IDC. “But by becoming a wireless service, it allows Google to gain a lot more data from new end points with users. Data is what drives them. Regardless of whether or not they can generate a nice revenue stream, the data will still feed into the other things they do.”

Earlier this week, Google announced that it’s working with Sprint and T-Mobile to come out with its own wireless network, dubbed Project Fi.

The company is asking would-be customers to sign up online for an invite to what it calls an Early Access Program for the service; Fi will only be available to Nexus 6 smartphone users at the start.

The service is gaining attention not just because it’s a new venture but because it’s coming in at a low cost $20 a month for talk, text, Wi-Fi tethering and international coverage, with a $10-per-gigabyte fee for cellular data.

This, said independent industry analyst Jeff Kagan, is a strange move for Google, and one that only time will prove out.

“To tell you the truth I don’t get it yet,” Kagan said. “I was expecting more. I was expecting a big, innovative new-thinking approach that could transform the industry, but that’s not what we got. Maybe it will eventually grow into that, but what we got was a disappointment… Will this work? To me, this is a big question mark.”

However, Kagan also noted that this is Google being Google.

The company, which makes most of its money on search and related advertising, is known for trying out various ideas and technologies. Not all of them work out, but Google doesn’t seem afraid to try.

For instance, in the past few years, Google has bought at least eight robotics companies, including well-known Boston Dynamics. Google also has been quite publicly working on computerised wearables, Google Glass, while also test driving its own autonomous cars.

None of these ventures is directly tied to search, which is what made Google a household name. But that doesn’t mean they don’t fit into the company’s long-term plans.

“Google’s strategic imperative is always to drive usage of Google services and applications,” said Bill Menezes, an analyst with Gartner. “Their core business is never going to be cellular service provider. Their core mission is to get more people to click on Google ads, to use Google Docs, to watch YouTube videos. This new service plays in perfectly with that.”

“The real question is what is going to be behind the curtain when they start issuing invites and we get a look at the Terms and Conditions,” said Menezes. “I figure they’ll say they get to track our usage. There won’t be an opt-out. If you want to use this service, part of the premium you’ll be paying is their access to your usage data. That’s just speculation. Maybe they’ll have to offer an opt-out, but then who reads the Terms and Conditions? Nobody. People won’t even know they can opt out.”

That means Google will be able to gather even more data on what people are searching for, what apps they’re using and where they are going.

“Google has already been getting that information from people out there using mobile data, but the more people using mobile data, they more info they’re getting,” added Menezes. “It’s like you’ve been farming 40 acres and you’re doubling that to 80. With more data, they can target advertising and better sell you products and all the other things Google does to make money.”

The same can be said about Google’s Project Loon, which envisions using high-altitude balloons to bring Internet connectivity to remote areas.

Fi is aimed at people who right now use a rather small amount of cellular data every month. If Google can get more people to use their mobile devices even more, it will drive people onto the mobile web where the company’s services are so prominent.

Dan Olds, an analyst with The Gabriel Consulting Group, noted that if the new service is successful, Google will have yet another foothold in owning the customer online experience.

“Where is Google heading? Anywhere they want to,” he said. “Do all of these lines of business mean that Google could become distracted and lose a step to competitors? People have thought so before, but we certainly haven’t seen that happen in the past.”