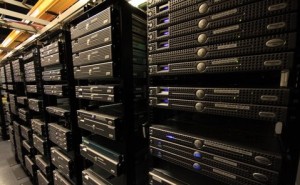 According to the latest market research conducted by the InfoWatch Group, Saudi Arabia is expected to invest up to $400 million in data loss prevention (DLP) over the next five years.

“Confidential data protection and overall information security has become ever more important in the Kingdom,” he said. “Joint research conducted with our local and regional partners, estimates that 80 percent of companies in the Kingdom operate without internal data security systems in place.”

Given what it found in its recent annual report on worldwide data leaks, InfoWatch says that this an unsustainable state of affairs, and poses huge risks for those operating in the Kingdom.

The annual report suggested that more than 1.8 billion records globally were compromised in 2012. There were reports of 934 confidential information leaks, marking a 16-percent increase compared to last year. The group said this amounted to more than $37.8 million in direct losses.

However, the true number is likely to be much higher, according to Zarovsky, given that many incidents are swept under the carpet without any publicity, particularly in Saudi Arabia.

“We have recently observed an upward trend in media reporting of confidential data leaks, but there are grounds to believe that the number of ‘public’ incidents represents no more than 3 to 5 percent of the true number, and an even smaller number of companies indicate their financial losses,” he said. “Taking account of all these factors, these tens of millions of dollars in losses turn into tens of billions – an enormous sum.”

InfoWatch identified government bodies and financial institutions as the most vulnerable to data security threats, followed by utilities, oil and gas, telecoms and construction and manufacturing. The report did note, however, that financial and government organisations were leading DLP solutions uptake in the Kingdom.