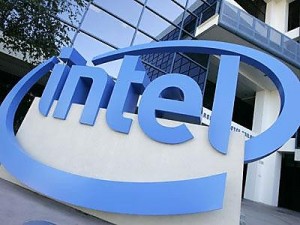 Intel said it has improved performance and graphics in the upcoming version of its Core chip line, while also slashing power consumption by a whopping 41%.

That, say industry analysts, could help laptop manufacturers build and sell, thinner and smaller computers with significantly longer battery life, which could be a boost to the sluggish PC industry.

“This is a very large step in the evolution of Intel‘s 22 nanometer, tri-gate transistor-based chip line,” said Dan Olds, an analyst with the Gabriel Consulting Group. “The vastly improved energy consumption numbers are quite an eye opener. If they can significantly up the ante on performance at the same time, then they’ve hit a home run.”

Intel on Wednesday announced that the upcoming fourth generation of its flagship Core chip line,code-named Haswell, will see improvements in graphics, performance and security. However, the biggest buzz is around the greatly reduced power consumption.

While there’s an expected 41% decrease in power consumption for laptops and ultrabooks, Charles King, an analyst with Pund-IT, Inc., said there should be an even greater decrease in chips forsmartphones and tablets.

Products based on the Haswell architecture are scheduled to be available next year.

The announcement comes less than a week before Intel’s annual developer conference, which opens Tuesday in San Francisco.

“On their new Haswell architecture, Intel is lowering the power consumption bar from 17 watts to 10 watts, a very sizable decrease,” said Patrick Moorhead, an analyst with Moor Insights & Strategy. “This is very important for Intel in that they can show a major improvement in performance per watt, the holy grail of computing. Haswell will give buyers yet another reason to buy a new ultrabook or convertible if they haven’t bought a new system for a while.”

Moorhead also noted that better battery life and performance could give consumers and enterprises a reason to finally upgrade their laptops. That would be a huge boost for an industry that has been taking a beating from a sluggish economy and consumers’ infatuation with tablets.

“Haswell provides a new opportunity for thinner, lighter, more powerful ultrabooks and convertibles with better battery life,” he added. “If buyers haven’t upgraded their PCs for a while, Haswell could be a reason to do it in 2013.”

For King, this next generation of Core chips could signal a revolutionary change.

“I expect some products to be real eye-openers, especially those in the convertible and touch-enabled categories,” he said. “This is critically important across a range of applications, especially those related to mobility, since it supports Intel’s contention that consumers and businesses don’t have to trade off performance for battery life. That means they don’t have to choose tablets over laptops.”

Olds noted that while the move will put some pressure on Intel-rival AMD, it isn’t a clear winning shot for Intel.

“It’s not all roses for Intel,” he said. “People don’t buy chips. They buy the systems that the chips drive. And for those systems to capture user wallet-share, they need to offer what consumers are demanding in terms of size, battery life, speed, and, of course, price. Intel got part of the way there with their ultrabooks but the ultrabook prices still haven’t gotten down to the level where they can become massive sellers and beat back cheaper competition.”