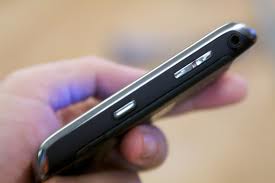 More than half of all mobile-phone app users surveyed have either declined to download an available app or deleted one from their device because of concerns about the collection of their personal data, according to the survey released yesterday by the Pew Internet and American Life Project.

Fifty-four percent of U.S. mobile app users surveyed have decided not to install an app when they discovered how much personal information it would collect, according to the survey. Thirty percent of app users have uninstalled an app after learning about the personal information it collected. With significant crossover between the two groups, 57 percent have either refused to download an app or deleted one over privacy concerns, the survey said.

The survey has implications for the mobile industry, said Mary Madden, coauthor of a report that accompanies the survey and a senior research specialist at Pew.

“At a time when the use of mobile applications is steadily growing, we find that many app users are taking privacy considerations into account,” she said in an email. “This data suggests that the way personal information is shared or collected by an app can make or break a user’s decision to download or otherwise engage with that application.”

Mobile phones have accelerated the pace at which users collect and generate data, the report said. “Users’ cell phones are now rich repositories of memories and content that chronicle their lives,” the report said. “A staggering archive of personally identifiable information exists about cell users — a reality that is both the consequence of and driving force of the networked age.”

“Consumers are amassing apps on their cell phones in record numbers,” the report said. “At the same time, some app developers are quietly amassing sensitive and personal data from their users.”

The survey, of 2,254 U.S. adults in March and April, found that 88 percent of the respondents use mobile phones. Thirty-two percent of mobile owners have cleared the browser or search history on their devices, and 19 percent have turned off the location-tracking feature on their phones because of privacy concerns, the survey said.

Nearly a third of mobile phone users surveyed said they have lost a device or had one stolen, and 12 percent said they’ve had another person access data on their device in a way that raised privacy concerns.

“Consumers are making individually appropriate decisions about what they want to share,” he said in an email. “As developers, we look to build apps that provide cool features in a way that keeps the customer happy.”

Mobile app developers should “tell the truth” about the functionality of their apps, disclose important information clearly and conspicuously, and honor their privacy promises, the FTC’s guide said.

“Chances are you make assurances to users about the security standards you apply or what you do with their personal information,” the guide said. “App developers — like all other marketers— have to live up to those promises.”