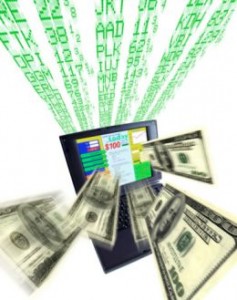 The Saudi internet economy contributed SAR37 billion to the overall Saudi economy in 2010, representing 2.2% of GDP and putting Saudi Arabia at 13th place amongst the G-20 countries.

This figure is projected to rise to SAR107 billion by 2016, representing 3.8% of GDP, according to a new report in The Boston Consulting Group’s ‘Connected World’ series, titled ‘The $4.2 Trillion Opportunity: The Internet Economy in the G-20’.

The report finds that if the internet were a sector in Saudi Arabia, it would be more than twice as large as the utilities sector.

“The internet offers one of the world’s unfettered growth stories,” said Joerg Hildebrandt, partner and MD at BCG ME.

“A robust internet economy is an essential underpinning for Saudi Arabia’s future, providing both economic and social benefits,” he added.

“This represents a dramatic increase and to put it into perspective, it would place Saudi Arabia at 5th position amongst the G-20 countries, following only UK, Germany, Australia and South Korea,” Hildebrandt said.

In 2010, the internet influenced an additional 4.7% of total retail from connected consumers researching online and purchasing offline (‘ROPO’) in Saudi Arabia. These numbers compare to 4% percent for Brazil, 4.8% for Russia, and 9.6% for the U.S.

Consumers are the big winners of the internet economy and BCG’s study highlights just how essential it has become to everyday life and the value which consumers attach to it. Asked how much they would have to be paid to live without internet access, respondents across the G-20 said an average of $1,430 per year, or 4.6 times what they pay for access and services.

The report highlights the extent to which the internet is driving growth in businesses across the G-20. Drawn from the most comprehensive survey of its kind of SMEs around the world, the BCG report finds that “High-web” companies – ones that embrace the Internet for marketing, sales and interactions with customers and suppliers – have grown revenues up to 22 percent points faster over the past three years compared to those who made low or no use of the internet.

“Around the world SMEs which embrace the Internet are growing faster and adding more jobs than those that don’t. By encouraging businesses to adopt the Internet, countries can improve their competitiveness and growth prospects,” Hildebrandt added.