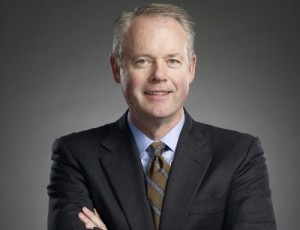 Juniper Networks CEO Kevin Johnson said Tuesday he is retiring once a successor is found.

Johnson will continue to serve in his current capacities while a transition is completed. Juniper’s board has formed a search committee and hired an executive recruiting firm to draft its next CEO.

Despite today’s second quarter results, Juniper’s financial results have been inconsistent. The company dropped in market share rankings in both service provider edge routing and enterprise switching. And Juniper’s security business has declined in the face of new competitors.

Things appear to be rebounding in the second quarter. And in the third, Juniper expects more of the same – strong routing and switching demand, and a stabilising security business.

“I would like to thank Kevin for his tireless commitment and countless contributions,” Chairman Scott Kriens said in a statement. “Over the past five years under Kevin’s leadership, Juniper has delivered innovative new products and improved operational capabilities, while the business has grown more than 50% and we look forward to Kevin’s continuing leadership as we conduct our search for his successor. We are very pleased with our current momentum, and the health and strength of the company as we look towards a bright future in a growing industry.”

Said Johnson, in a statement:

“It has been a privilege to have served as Juniper’s CEO during the past five years. Juniper has an exceptional management team and world-class employees and together we have grown our business and strengthened our position in the networking industry. Networks are being transformed by the rapid increase in traffic volume, cloud computing and the mobile Internet and we are entering a fresh cycle of customer investments in the network. With this positive momentum, I believe it is a good time to transition to new leadership and drive the next phase of Juniper’s growth, and I look forward to working with the board to ensure a seamless transition. I am confident in the current strength and long-term potential of Juniper’s business, as evidenced by the results of the most recent quarter and the company’s proven ability to innovate and execute.”