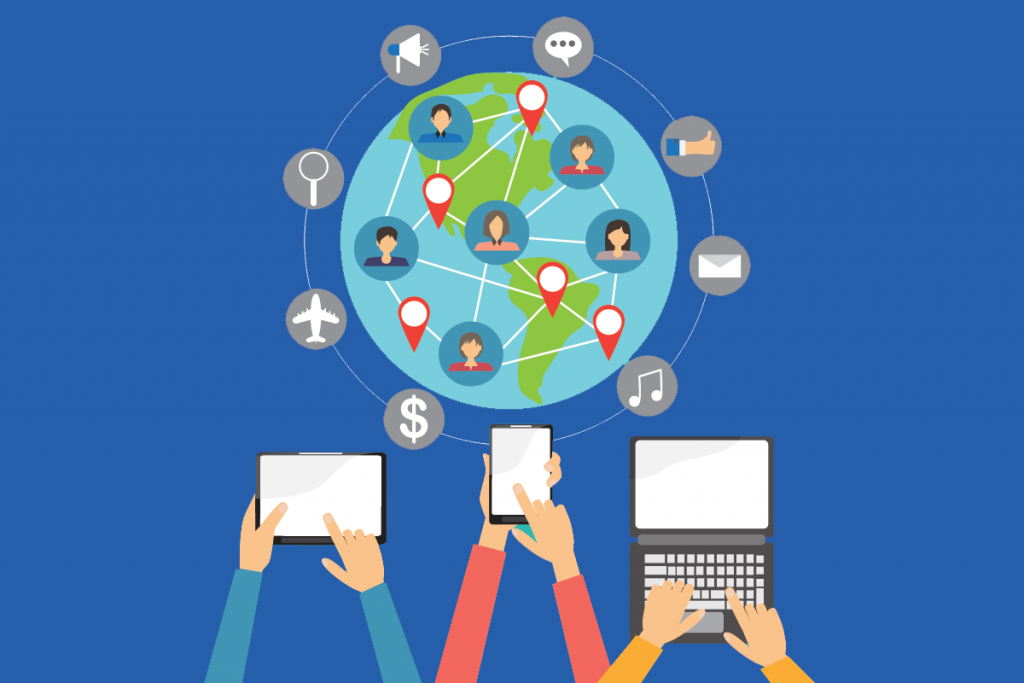 re putting their precious and sensitive data in danger, by the way they share both their information, and their physical devices containing this information with others, according to the findings of a recent study by Kaspersky Lab.

The firm’s My Precious Data: Stranger Danger report shed light on data sharing habits and reveals that people who share their data and devices, live digital lives that are much more difficult than those who don’t – suffering from data loss and problematic devices.

People that share their data with others are more likely to have digital life difficulties – for example, almost half of users who share their data online have experienced data loss on their smartphones (47 percent).

The chances of data loss however, are comparatively slim among those who do not share their data with others – only 13 percent of these people have lost information from their smartphones. The risks of sharing are even higher for those who share their information with strangers, with 59 percent of smartphone users who have shared data with strangers admitting they have lost their data. 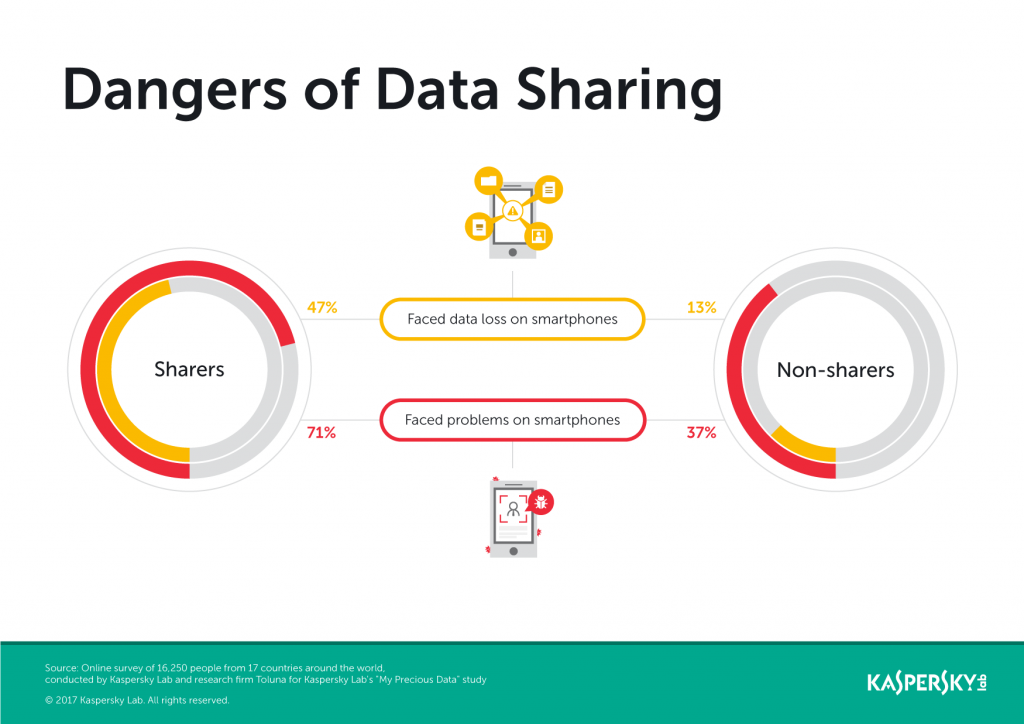 In addition, the Kaspersky Lab research shows the same correlation for people that put their physical devices in the care of others – such as giving their smartphones to others for a period of time, leaving their devices unlocked in a public place, giving out their PINs and so on. These users are also more likely to suffer data loss – for example, more than half (65 percent) who have shared their smartphone with others have also experienced data loss on their smartphones, compared with 34 percent of those who haven’t.

“Our research shows that when people over-share data digitally, they are more likely to face device problems and lose data, making their digital lives more difficult,” said Andrei Mochola, Head of Consumer Business, Kaspersky Lab. “This problem is made worse when users share their digital devices with others, or with total strangers. We know that users are unlikely to stop sharing the precious data they love with people online – this is one of the privileges of the online world. But that’s why it is so important for everyone to be more aware of the potential dangers they are putting their data and devices in. We urge people to choose protection that adapts to suit their needs, whatever environment they are in. This approach identifies complex and targeted threats and offers users advice that helps to reduce the potential damage to their data and devices – leaving people to enjoy all the online world has to offer.”

Kasperksy Lab advises users to avail of various technologies to help safeguard families and all their precious memories on their devices. The firm said it is ideal to user products that has features such as Backup and Encryption, Antimalware Protection, Software Cleaner and Application Manager to ensure that devices continue to work in the best possible condition.