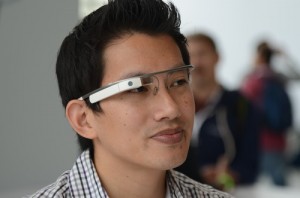 The letter, signed by eight members of the Congressional Bi-partisan Privacy Caucus, poses eight questions to Page and asks for his response by June 14.

Google Glass is already in the hands of several thousand people who paid $1,500 and applied to be among the first to test the head-mounted display. A small, plastic block in front of the user’s right eye displays information being fed from the Internet, but most of the controversy is around the ability of a user to take photos and video using a camera mounted in the frame of the glasses.

“We are curious whether this new technology could infringe on the privacy of the average American,” the letter says. “Because Google Glass has not yet been released and we are uncertain of Google’s plans to incorporate privacy protections into the device, there are still a number of unanswered questions that we share.”

The questions mirror those being asked by others in the technology, retail and legal professions, by the media and by some members of the general public.

“When using Google Glass, is it true that this product would be able to use facial recognition technology to unveil personal information about whomever and even some inanimate objects that the user is viewing? Would a user be able to request such information? Can a non-user or human subject opt out of this collection of personal data? If so, how? If not, why not?” the letter asked.

Among other questions, the lawmakers ask what steps Google is taking to protect the privacy of non-users when a Glass wearer is nearby and whether the company is considering revising its privacy policy to recognise the sensory functions present in Glass.

And, touching upon several instances in the past where Google has confessed to collecting data without the permission of users, the letter also asks how Google plans to prevent such unintentional collection of data without consent.

The letter comes a day after Page told an audience in San Francisco that today’s laws and regulations are slowing down what’s possible with technology.

“There are many things, exciting things that you could do that you just can’t do because they are illegal or they are not allowed by regulation,” Page told the Google I/O conference. He accepted the slow pace of legal change was a good thing for society, because “we don’t want our world to change too fast,” but wanted more room for experimentation.