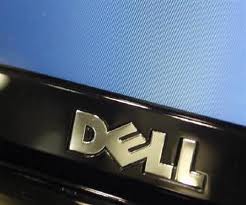 Dell reported another quarter of declining profits and revenue Thursday as CEO Michael Dell continues his fight to take the company private.

Part of the problem is that Windows 8 has failed to drive PC sales. “Windows 8 has been, from our standpoint, not necessarily the catalyst to drive accelerated growth that we thought it would be,” CFO Brian Gladden said on a conference call to discuss the results.

He expects PC demand to continue declining over the next few quarters, he said.

The battle to take Dell private has also weighed on its results. The company incurred $90 million in expenses last quarter related to that effort, Gladden said.

Dell’s enterprise business showed mixed performance. Sales of servers and network gear were up 14 percent but storage was down 10 percent. Dell’s services division reported a 2 percent increase in revenue.

Dell is trying hard to build an enterprise software business, which it hopes will eventually generate higher profits than its PC division. The software group reported an operating loss for the quarter, however, as Dell invested in new sales and R&D staff.

Dell’s earnings for the quarter on a pro forma basis, which excludes one-time items, were $0.21 a share, well off the analyst forecast of $0.35 a share, according to Thomson Reuters. The revenue figure was better than expected, however; analysts had forecast $13.5 billion.

In a statement, Gladden said Dell’s profits were affected by steps it took to improve its competitiveness. “We’ll also continue to make important investments to support our strategy and drive long-term profitability,” he said.

Like last quarter, Michael Dell was absent from the earnings call, and a Dell spokesman said the other executives would not take questions about Dell going private.

Michael Dell announced in February that he planned to take the company private in a deal with Silver Lake Partners valued at $24.4 billion. The company founder has said he wants some breathing room to focus on long term investments without the constant scrutiny from Wall Street.

The plan has run into serious opposition from big shareholders, who think the company is worth more than Michael Dell and his partners have offered to pay.

Shareholders may end up being asked to vote on the matter this summer. If a majority of shares are voted in favor of Michael Dell’s plan to take the company private, Dell’s biggest outside investor, Southeastern Asset Management, has indicated it might go to court to fight for a higher price.