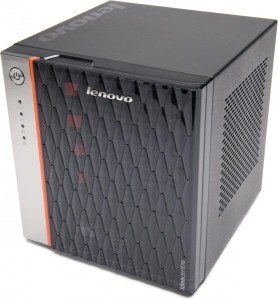 Once heavily reliant on the Chinese market, Lenovo is now looking to make acquisitions as it tries to expand its growing enterprise business to other countries.

“If you look at the way our PC business grew, we were not shy of making acquisitions. We added companies that brought scale, they brought presence, they brought intellectual property,” Guillen said. “We’ve been looking at the same thing in enterprise and we’ll continue to do so.”

Lenovo acquired IBM’s PC division in 2005 and earlier this year rumors surfaced that the Chinese company was negotiating to acquire IBM’s x86 server operations. Guillen declined to comment on whether negotiations took place.

“Most of [Lenovo’s] server business does come from China, but they did show some decent growth this quarter, albeit from smaller bases, in Canada, Eastern Europe and the U.S. That helped their overall numbers,” said Jeffrey Hewitt, research vice president, Gartner.

Lenovo’s enterprise products today include single- and two-socket tower and rack servers. The company plans to introduce new two-way servers early next year, and offers a four-socket server in China that it could bring to the U.S. market.

“We’re going to have a really big improvement by the Grantley timeframe,” Guillen said, referring to the next-generation of Intel’s server processors based on Haswell microarchitecture. Those servers will come out in the third quarter of next year.

Lenovo’s enterprise strategy is predicated on the flexibility of server offerings and the company wants to offer a shopping list where customers can check mark what they need, Guillen said. That’s a different server strategy from top server makers IBM, HP and Dell, which are focusing on converged offerings that package servers, software, networking and storage.

“Even though I could have a converged system … I bet 70 percent of the market doesn’t consume infrastructure in that manner,” Guillen said. “We think there’s a lot of technology in the supply base that’s not owned by Dell, HP and IBM that could help drive the efficiency of workloads much better.”

At the same time, the company is “open to any technologies that drive customer value,” Guillen said, saying that integrated server offerings is on that list.

“In appropriate time we will be developing our portfolio in that area,” Guillen said.

It also doesn’t hurt to have a strong PC business, Guillen said. The ThinkPad brand and products opens the door for the company to have discussions with customers about enterprise products.

“Trusted relationships, years of being a valued supplier, they trust us,” Guillen said.

But Lenovo has to build a reputation as a reliable server vendor and it faces competition from a bunch of smaller server makers such as Supermicro and Quanta, analysts said.

Lenovo’s biggest challenge will be to quickly attain scale as there is a lot of volume in industry-standard x86 servers, said Patrick Moorhead, president and principal analyst, Moor Insights and Strategy.

“I could see a scenario where Lenovo could be a low-cost provider of the newest technology with good quality and an enterprise brand. Lenovo has a lot of work to do, but they have some very experienced enterprise veterans,” Moorhead said.

Lenovo’s products may not require the amount of support as integrated or dense servers from IBM, HP and Dell. But in rack servers, enterprise customers are looking for top quality and good service, which ThinkPads have delivered, Moorhead said.

“What Lenovo needs now is a cadre of enterprise testimonials saying that they trust Lenovo in servers,” Moorhead said.

With the enterprise business, Lenovo is today where Dell was four to five years ago, said Charles King, principal analyst and Pund-IT.

“Dell did a similar transformation and said it was going to be an end-to-end computer vendor. People laughed at the time, but they are doing well now,” King said.

Lenovo has a solid collection of x86 servers and is working closely with partners in networking and storage, particularly EMC. “The company is not an IBM or HP and has to build a reputation on support, but a flexible server approach is a good start,” King said.

“Lenovo is going to have to pick its spot and go after them one after another,” he said.