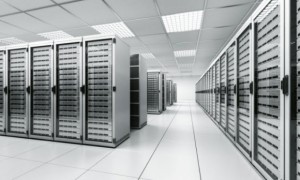 Cloud storage provider Livedrive has introduced an app for Google’s Chromebook that is designed to give Livedrive customers access to their files stored online, which can total as much as 5TB.

The Chromebook is designed for online use only and comes with just a 16GB SSD (solid-state disk) plus an SD card slot for additional storage. Livedrive is offering the free ChromeOS app in order to let its customers with Chromebooks expand the device’s virtual storage capacity.

But Livedrive’s new app will help its customers add the Chromebook to the range of devices from which they can access their content. Among other things, the app will let users stream their music and video files from the cloud and upload files with one click, Livedrive said. Livedrive, based in London, offers the Briefcase service with 2TB of storage and synchronisation across multiple computers for US$15.95 per month. Its Pro Suite, which includes 5TB of storage and unlimited online backup for five devices, costs $24.95 per month. The Backup service alone, which is designed for retrieval of lost files for up to 30 days, costs $7.95 per month.

Google offers its own cloud storage service, Google Drive, for use with ChromeOS. Drive comes with 5GB of storage free, but for 4TB of capacity, it costs $199.99 per month. (Plans top out at 16TB for $799.99 per month.)

Drive fundamentally works the same as a third-party cloud storage service such as Livedrive, said analyst Roger Kay of Endpoint Technologies Associates. Google might optimise Drive for use on Chromebooks, but that would serve a fairly small market, said Kay. “One of the issues is that there just aren’t that many Chromebooks out there,” Kay said. The company does offer some integration between Drive and its Google Docs and Google Search systems.