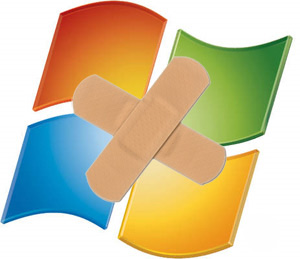 Microsoft has said it will patch at least 14 vulnerabilities next week, including four in Internet Explorer (IE), making it three months in a row that the company has plugged holes in its browser.

Of the nine updates set for August 14th, five will be labelled “critical,” the most serious of the four ratings Microsoft uses. The other four will be pegged “important,” the next-lower threat ranking.

The big story for next week will be the one-two punch of patches for Exchange and SQL Server.

“Those are two of the three things that are most important to IT in enterprises,” said Andrew Storms, director of security operations at nCircle Security. “Thank goodness SharePoint’s not included. But Microsoft is hitting two out of three in just one month.”

In the advanced notification of next week’s updates, Microsoft outlined patches for Exchange, the email server software used by most companies, and SQL Server, the database that runs many corporations’ internal and external processes, including powering websites and providing workers with everything from business intelligence to financial information.

The problem with patching those systems – Exchange and SQL Server – is their criticality to business, said Storms.

“In most companies, security and operations are split into two groups,” said Storms. “That sets up a classic conflict. Security cares about patching, operations cares about uptime.”

Some firms deal with the conflict by running a lab where the security team can replicate the firm’s production systems and use those for patch testing. Other companies rely on redundancy to prevent a company-wide failure of email and databases.

In any case, IT administrators like to go slowly when dealing with Exchange and SQL Server to ensure that updates don’t cause unexpected downtime. “It could take some enterprises months to patch all their Exchange nodes,” Storms said.

“And it’s not like you can ignore the Exchange patch,” said Storms. “It’s a zero-day.”

Storms was referring to the security advisory Microsoft issued July 24th that warned of critical vulnerabilities in code licensed from Oracle that could give attackers access to Exchange Server 2007 and Exchange Server 2010 systems.

Oracle patched the vulnerabilities in its “Oracle Outside In” code libraries as part of a massive update on July 17th that fixed nearly 90 flaws.

Along with the Exchange, SQL Server and IE updates, others will address bugs in Windows, Office and Visual Basic, the company’s widely-used development platform.

The IE update will be the third in three months for the browser: Microsoft also patched IE in June and July.

Last month, Microsoft announced it would ditch the every-other-month schedule for IE – for years it updated the browser only on even-numbered months – saying that it had “increased our Internet Explorer resources to the point where we will be able to release an update during any month instead of on our previous, bi-monthly cadence.”

“It looks like IE will be the story every month now,” said Storms, who noted there seems to be no shortage of IE vulnerabilities. “I don’t think they’re proving a point that they’re patching just because they said they can every month, but because they have to.”

The IE update was rated critical for all client editions of Windows and all versions of the browser, from the 11-year-old IE6 to the current IE9. According to Paul Henry, a security and forensic analyst at Lumension, the IE update will patch four separate vulnerabilities.

Updates singled out by other researchers include those pegged “Bulletin 4” and “Bulletin 2” by Microsoft. Lumension’s Henry cited Bulletin 4 – the one that will patch SQL Server – as his most important, with Bulletin 2 not far behind.

“[Bulletin 4] addresses an ActiveX component that’s redistributed in many places in Windows,” Henry wrote in an email today. “It’s an issue that was previously patched and this patch cleans up the previous patch.”

Bulletin 2, meanwhile, applies only to Windows XP, the still-dominant-but-aging operating system. “If you’re running a remote desktop protocol in Windows XP, then Bulletin 2 should be another very important update,” argued Henry. “This is a remote code execution issue and no authentication is needed.”

Microsoft will release the nine updates at approximately 1 p.m. ET on Aug 14.