Apple, Google and Facebook are among more than 60 technology companies that appear to have backed away from the second legal battle against U.S. President Donald Trump’s controversial travel ban. 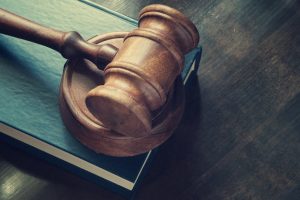 A legal brief filed in federal court last week on behalf of Silicon Valley companies listed the support of 58 companies, less than half the 127 signatories to a similar brief filed in an appeals court last month, after Trump’s first executive order banning travel from a number of Muslim-majority countries.

Airbnb, Dropbox and Kickstarter are among the companies that did sign the brief, but among the major tech companies that signed on to the earlier effort but not this week included Microsoft, eBay, Intel, Netflix and Twitter.

U.S. District Judge Derrick Watson on Wednesday ordered an emergency – but temporary – halt to Trump’s executive order that aimed to temporarily bar entry to the United States of most refugees, as well as travellers from six Muslim-majority countries.

Tech companies, which generally rely on skilled workers from overseas more than other industries, played a large part in the legal effort to halt the first version of Trump’s executive order, which was put on hold by a Seattle judge in early February.