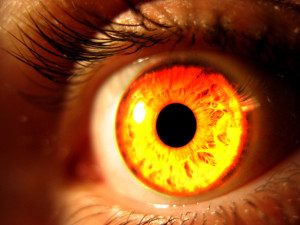 FireEye could soon be known on the stock market as FEYE if its plans to go public in a $175 million bid made official with the SEC today come to fruition.

As Network World wrote about earlier this year, FireEye was seen as a strong candidate to go public thanks to advanced anti-malware sandboxing technology that is the envy of more established IT security companies. Vendors such as McAfee and Palo Alto Networks have acknowledged some of their latest offerings are FireEye-like. FireEye also counts among its competitors Sourcefire, recently bought by Cisco.

FireEye’s virtual machine-based hardware and software offerings fit into what it says IDC identifies as a $17.9 billion global IT security market increasingly focused on advanced persistent threats, spear phishing and other nefarious attacks. Its products can, for example, blow up email carrying infected content before it gets to its intended target, and also address Web content malware.

The Milpitas, California, company that was started up in 2004 by a former Sun Microsystems engineer has raised around $100 million from venture firms, including $50 million  earlier this year. The hiring of former McAfee President Dave DeWalt as CEO was seen as a sign by many that the company was looking for even bigger and better things.

In its SEC S-1 filing, FireEye reveals that it has more than 900 employees. The company’s revenue grew from $11.8 million in 2010 to $83.1 million last year, and it’s well ahead of 2012’s pace through the first six months of 2013. The company’s losses have been growing, totalling $35.8 million last year.  Subscription and service revenue is on the rise as a percentage of overall revenue, now accounting for almost half.