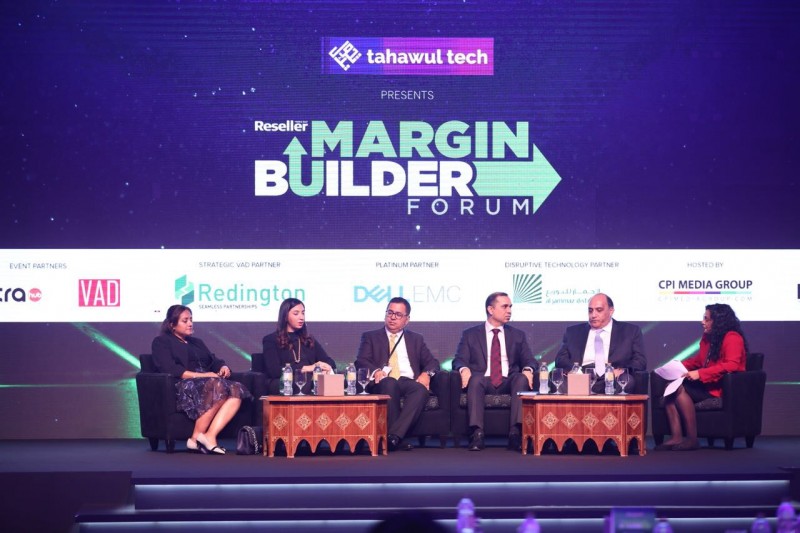 Reseller Middle East’s inaugural Margin Builder Forum hosted an enthralling panel discussion with industry experts that tackled some of the main challenges that partners and distributors are now facing.

Moderated by Reseller Middle East editor Janees Reghelini, the discussion was kicked off by Asbis Middle East’s vice president for the Middle East and North Africa region, Hesham Tantawi, who said that channel partners would have to adapt in order to differentiate their services.

“Vendors used to push boxes, but now most people are focusing on solutions,” he said. “People really have to change their attitude from one that focuses on box moving, to becoming specialised in vertical markets.”

Dubai Computer Group president Dharmendra Sawlani followed Tantawi, highlighted the main challenges associated with the introduction of VAT, as well as the increasingly competitive technology industry, which he said was now more saturated than ever. “VAT is still a challenge,” he said. “Smaller players find it hard to implement, and although it’s still in its simplest form, some areas are still ambiguous. Problems will surface because companies are operating under own understanding.

“The sad thing is the technology industry is commoditised. That’s the problem we face, and it means that deals boil down to how cheap or discounted a product or service is. I’m yet to find a company who operates in their niche exclusively.”

Emirates NBD’s vice president of group credit Sohrab Saeed chose to discuss the risks that channel partners all too often choose to ignore when running their business. “The first thing that a trader cares about is profitability, not necessarily the risks associated with that,” he said. Typically if channel partners do not get the financing they need, they opt for higher cost options, which may make the entire company non-viable. Some firms are often focused on marketing and sales, but not finance or risks.”

Farah Anwar, co-founder of Ashraf Electronics, said the main challenge that the UAE’s channel industry was facing was that Dubai’s associate markets had evolved. “All changes are symptoms of underlying issue, which is symptomatic of Dubai having been a re-export market,” she said. “When the Russian and African markets opened up, Dubai was well positioned. Frontier markets have increasingly shrunk. So have Dubai’s frontier and customer base.”

Condo Protego COO Savitha Bhaskar chose to focus on the need for technology players to recognise that selling new solutions would also mean a new business model for the consumer. “There’s a lack of understanding of what is happening in industry,” she said. “We need appreciation of value. It’s ok to lose one deal if that’ll prevent you from delivering value. We need to collectively work to ensure customers understand the financing costs of an opex model. It’s surprising when you hear end users asking if they can make quarterly payments for technology, and those selling it agree without batting an eyelid. Do they really understand the costs of that?”