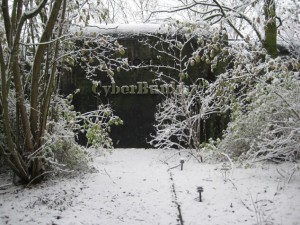 Much of the news reporting about the massive denial-of-service attack against anti-spam service Spamhaus over the past week or so went way too far in describing it as creating a slowdown on the Internet itself, says one company monitoring website performance.

The massive distributed denial-of-service (DDoS) attack on Spamhaus – which has many enemies as it seeks to stop Internet spam – was a stunning event in that at some point the DDoS attack reached 300 billion bits per second, which likely does make it the most intense DDoS attack in history in terms of sheer speed.

But when many in the media somehow ended up reporting that this DDoS attack last week caused a global slowdown – including CNME – that was simply wrong, says Keynote Systems, which does global monitoring of websites for performance.

The hundreds of websites that Keynote monitors showed no performance changes that were out of the ordinary at all, says Aaron Rudger, senior market manager at Keynote, which went back and closely compared U.S. Web performance to European performance to see if it could find evidence to support all these Internet slowdown assertions heard in both the European and U.S. the media.

Several news stories from the United Kingdom suggested that the whole Internet was ready to collapse. That idea was widely echoed in the U.S. news media as well.

A brief remark attributed to Matthew Prince, CEO at CloudFlare, in a blog about how users in Europe might be feeling a slowdown because of the DDoS attack against Spamhaus may have contributed to the sense of a widespread intensity that Keynote says it can’t discover in its data. “Where’s the fire?” says Rudger.

There was simply nothing to be found that jumps out as unusual at all, except for on March 26, average website response time for users in the cities of Stockholm, Amsterdam, London, Paris and Frankfurt slowed slightly to 2.4 seconds while the U.S. averaged 1.2 seconds. Whether the DDoS attack against Spamhaus had anything to do with the slightly slower response time is uncertain, but it’s not unusual to find some slower responses when certain events, such as soccer games occur, as there happened to be one on that day, says Rudger.

“This is very normal,” says Rudger, who says Keynote looked through website response time data for the period of Fenbruary 27th to March 27th, and with the exception of the brief four-hour “blip” on March 26, can’t see anything in its data that would warrant saying the Internet had experienced a global slowdown.