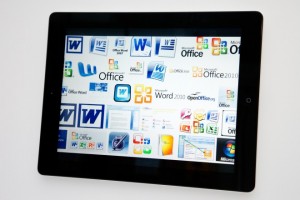 Microsoft will reap enormous revenue when it introduces mobile versions of its Office productivity suite for iOS and Android, an analyst said on Friday, despite warning that the window of opportunity is quickly closing.

“The day they introduce Office for iOS and Android, they’ll start printing money,” said Bob O’Donnell of research firm IDC. “But if they wait too long, they risk people finding alternatives, or workarounds.”

Talk of Microsoft creating native apps for Apple’s iOS, which powers the iPad, and for Google’s Android, the operating system used by Samsung and most other tablet makers, has circulated for years. The speculation hit a high note last November when The Verge reported that Microsoft would release iOS apps for Word, Excel and PowerPoint in late February or early March 2013, followed in May by software for Android.

According to the report, the apps, collectively dubbed Office Mobile, would be offered free of charge on the iOS App Store and Google Play, but would only let users view documents. To enable editing and other functions, such as printing, customers would have to link the apps to an Office 365 subscription.

Revamped Office 365 plans are to launch alongside Office 2013, which may debut as early as next week.

But if Microsoft doesn’t pull the trigger on Office for iOS and Android soon, it will miss the boat, O’Donnell argued today.

“There is already less and less emphasis on 10-inch tablets,” O’Donnell said. “We think that 10-inch tablets peaked in 2012. And Office will be much less important on 7-inch tablets. So if they don’t move soon, they risk giving up this golden egg.”

In O’Donnell’s scenario, 10-inch tablets – like the iPad – make for suitable Office platforms, but devices with smaller 7-inch screens, including Apple’s iPad Mini, Google’s Nexus 7 and Samsung’s Galaxy Tab 2, do not.

Although IDC has placed its bet on Office for iOS and Android in 2013, it won’t be an easy decision for Microsoft, said O’Donnell, because it will come at a price. “That will kill Windows RT, in my opinion,” said O’Donnell, referring to the tablet-oriented spin-off OS Microsoft shipped last October.

One of Windows RT’s biggest selling points is that it includes a scaled-down version of Office, dubbed Office Home and Student RT.

More than anything else, the decision on Office for iOS and Android will show Microsoft’s long-term strategic direction, said O’Donnell, who knows what he’d do if he ran the company.

“They have to decide what’s more important, Office or Windows,” O’Donnell said. “The operating system battle is a lot harder for Microsoft to fight than the office productivity battle, so if I’m Ballmer, I would put more of my bets on Office.”

By the estimate of rival research firm Forrester, Microsoft’s monopoly of the OS market — 95% as recently as 2008 — has evaporated, hitting a low of 35% in 2012 as smartphone and tablet sales exploded.