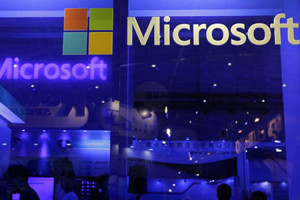 Judges and police investigators are on track to submit about the same number of requests to Microsoft for end user data this year as they did in 2012, according to figures released Friday.

Microsoft received 37,196 such requests worldwide in the first six months of the year, meaning it’s on track to field about the same number of requests as last year, when just over 75,000 were submitted.

Microsoft disclosed the figures in its Law Enforcement Requests Report for the first half of 2013.

Five countries accounted for almost three-quarters of the requests: the US, the UK, France, Germany and Turkey.

Microsoft said the report, which breaks down the requests by country and shows how Microsoft responded, is “valuable and useful to the community” in debating the balance between privacy and law enforcement needs.

Microsoft and other companies are suing the US for permission to reveal that data, which is in the spotlight after disclosures that the National Security Agency (NSA) has collected and reviewed massive amounts of information about law-abiding citizens.

The requests potentially impacted about 66,500 Microsoft online accounts altogether, the company said. Microsoft provided “non-content data” in response to 77 percent of the requests. This can include people’s names, billing addresses and IP connection data.

The company disclosed actual customer content in response to 2.2 percent, or just over 800, of the requests. That may have included photos, email messages and other documents. Most of these instances were in response to US agencies, it said.

The requests affected “less than 0.01 percent” of accounts across all its services, Microsoft said. In 21 percent of the cases it did not hand over any data, the company said.

To disclose non-content data, Microsoft requires a subpoena or equivalent order, and it must have a court order or warrant before handing over user content.