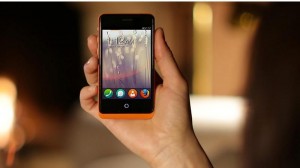 Mozilla announced this week that it had launched Keon and Peak, two smartphones based on the web-centric Firefox OS platform.

The first phones will start shipping in February, and have been developed in cooperation with Spanish operator Telefónica and Geeksphone, which is based in Madrid.

No pricing has been announced, but Firefox OS has been pitched as a low-cost competitor to Android. It can deliver a far better experience than Android at handset price points of roughly US$100, Telefónica said last year.

Both models have 4GB of integrated storage, which can be expanded using a MicroSD card. They can connect to the Internet using HSPA or 802.11n, have GPS and a number of sensors.

Firefox OS is one of a number of new smartphone operating systems that are relying heavily on web technologies. Besides Mozilla’s platform there is also RIM’s BlackBerry 10, Canonical’s Ubuntu for phones, Sailfish from upstart Jolla, and Tizen, which is backed by Samsung Electronics and Intel.

The idea with the Firefox OS is for all user-accessible software running on the phone to be Web apps. In Firefox OS, HTML5 apps can make the phone vibrate, make a phone call or send a text message, Mozilla said in a blog post.

The goal with Keon and Peak is to show developers how easy it is to create an app based on HTML5 for the new OS. They can create an app for Firefox OS by making some small changes to an existing website, according to the blog post.

Developers are key to Mozilla’s hopes for Firefox OS to boost the popularity of Web technologies. The fact that Firefox OS already has support from the likes of Telefónica and ZTE gives it a chance, according to Neil Mawston, executive director at Strategy Analytics.