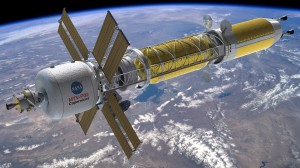 IBM‘s announcement last week that it would base its cloud services on OpenStack may help establish the open-source platform as the standard in enterprises.

IBM along with Hewlett-Packard, Dell, Cisco, Red Hat and Rackspace, which helped developed this platform, are supporting OpenStack.

This means that just about every Fortune 1000 company will be using vendors who are building products and services based on an OpenStack-based cloud platform. Considering that OpenStack is less than three years old, this may be remarkable.

This rapid rise of OpenStack may not have happened without NASA. That may be something worth noting, especially in a time of government sequesters, budget cutting and retreat on R&D spending.

The government has played a crucial role in the development of many technologies and platforms – GPS, lasers and the Internet are just among a few.

OpenStack’s beginnings occurred when NASA started a project called Nebula, in what became a cloud management platform. It released compute engine code as open source under an Apache 2.0 license, which drew attention from Rackspace. The vendor had developed a storage cloud, Swift.

Rackspace and NASA combined what turned out to be complementary development efforts and created OpenStack, releasing it in the summer of 2010 as an open-source cloud platform.

Chris Kemp, the first CTO for IT at NASA and the leader of the Nebula effort, believes that something like an OpenStack would have emerged without NASA, but the agency accelerated it “and gave it a lot more credibility quickly.”

John Engates, the CTO of Rackspace, agrees, saying, “NASA lent a lot of credibility when it came to this being a truly open and altruistic effort rather than a Rackspace-centric effort with some ulterior motive.”

“People joining the community needed to feel confident that the project was not all for Rackspace,” said Engates. “NASA made sure it was for everyone.”

Kemp left NASA to establish a Silicon Valley start-up, Nebula, to work with companies deploying private cloud infrastructures. He has been joined by number of engineers from NASA who worked on OpenStack.

Kemp sees the OpenStack effort, and the transferring of the technology to the private sector, in keeping with the mission of NASA “of exploring the solar system for the benefit of mankind,” he said.

“If it were not for NASA, OpenStack would not exist,” said Linda Cureton, NASA’s CIO.

Nebula was attractive because it’s flexible, scalable and secure, and beneficial to NASA missions for its ability to start small and scale fast, said Cureton. She said Kemp gave birth to Nebula and said she is “pleased to have been a ‘midwife’ to its birth.”

OpenStack-based clouds may be seen as a rival to Amazon‘s cloud, so when Amazon announced last year that NASA moved some work to its platform, it raised some eyebrows.

“Sometimes a prophet isn’t appreciated in their hometown,” Cureton said. “But I predict as the adoption increases – as signalled by IBM’s recent announcement – and the commercial viability continues to soar, NASA will be a consumer of the very capability they helped create.

“This may sound weird, but this is the way it should work. Our operating costs will be reduced and we will help fuel the economic engine of our country. The evolution from NASA’s Nebula to what is now OpenStack will benefit everyone.”

At its Pulse conference this week in Las Vegas, IBM announced that all of its cloud services and software “will be based on an open cloud architecture.”

As part of that, it announced new private cloud offerings based on OpenStack. IBM, which has been a major supporter of Linux, is expected to be a major contributor to OpenStack’s code base.

OpenStack clearly has market momentum, said Charles King, an analyst at Pund-IT, but, he said, “the notable absence of pretty formidable cloud players, including Amazon, Microsoft and Oracle suggest that the market at large may not be ready for a de facto standard,”

“Whether OpenStack ever achieves that status depends on how competition in the cloud market shakes out over the next few years,” said King.