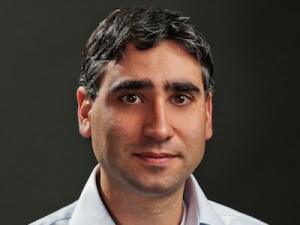 Nicira, the software-defined networking (SDN) startup that VMware purchased for $1.2 billion earlier this year, plans to release an SDN product that runs independent of the underlying hypervisor and hardware that will work in VMware environments and beyond.

Nicira co-founder and CTO Martin Casado, during an interview at VMware offices in Cambridge, Mass., this week, shared the firmest details yet of how Nicira technology will fit with VMware’s.

Although he did not provide specific details about the integration or its time frame, Casado says he expects the capabilities to be released in mid-to-late 2013.

SDN portends a fundamental shift in the way data centres that will be similar to the move to server virtualisation that VMware ushered in, says Casado, developer of OpenFlow, a programmable network protocol designed to manage and direct traffic among routers and switches from various vendors.

Evolution of next-generation networking technology hadn’t kept pace with the advances on the compute side, until virtual networking’s emergence in recent years, Casado says. The ability to abstract network controls from the underlying hardware gives more control and agility to network engineers and allows the data centre to operate at the same speed of compute virtualisation.

The key to a successful SDN starts at the compute hypervisor, Casado argues. “The first piece of network intelligence is at the hypervisor level,” he says, which he calls the “access layer to the network.” When the hypervisor controls the network virtualisation, network applications (like security components, quality of service checks and isolation of networks) can be integrated into the hypervisor, greatly simplifying the network architecture. Enabling this capability creates advantages such as faster provisioning of network resources, mobility of virtual networks and the ability to decouple the hardware from networking.

Casado hopes next year to roll out a vendor-neutral, hypervisor-neutral and cloud management platform-neutral SDN controller that would integrate directly with the hypervisor to enable this capability. There will be two versions, he says: one integrated to work in the VMware stack of vSphere, vCloud Director and the ESX hypervisor, and another to work with other hypervisors and cloud management platforms, from Xen, KVM and OpenStack, for example.

This new paradigm enables choice for customers, Casado says, but it doesn’t “kill” legacy networking vendors. “It’s a disruptive technology,” he says, that has incumbents on their heels. “But that doesn’t mean they’ll die.” There has been much discussion since VMware bought Nicira of what the move might mean for VMware parent company EMC’s relationship with Cisco.

Applications that run on a virtual network can be hardware- or software-based, Casado says. Certain customers may, for example, keep a proprietary specialised piece of network security hardware but expose other areas of the network to an SDN, he says. “Shifts [in technology] open up options for customers, they don’t eradicate systems,” he says, adding that server OEMs actually have sold more hardware after compute virtualisation’s mainstream adoption.

VMware’s network virtualisation strategy reflects the one it is taking on the cloud management platform. In addition to purchasing Nicira, VMware earlier this year bought DynamicOps, which provides a tool for integrating systems across hypervisors. A few months after the DynamicOps purchase, VMware announced new features within vSphere allowing it to provision workloads to the Amazon Web Services cloud and other cloud platforms. At the most recent OpenStack Summit conference in San Diego,VMware CTO Steve Herrod announced integration of OpenStack into the vSphere management console, allowing VMware customers to manage OpenStack private clouds.