Ooredoo has announced the VIP launch of its new 10Gbps Fibre-to-the-Home (FTTH) service at Mobile World Congress in Barcelona. 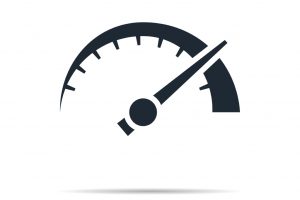 The telco company’s 10Gpbs fibre speed has been made available for selected VIP customers in Doha, as the company works to deliver a seamless service ahead of a wider commercial roll-out planned for later in the year.

According to Ooredoo, its Fibre 10Gbps service provides the fastest Internet speeds ever made available for homes in Qatar and puts the county on the map as one of the first in the region and the world to offer 10Gbps fibre speeds to consumers.

The company successfully trialled 10Gbps fibre speeds in December 2016 and is now expanding the service as part of a nationwide roll-out.

Waleed Al Sayed, Chief Executive Officer, Ooredoo Qatar, said, “We’re delighted to be officially launching our 10Gpbs Fibre service for Qatar at Mobile World Congress. This week is all about demonstrating Ooredoo’s data experience leadership, and we continue to set new milestones by expanding and enhancing the Ooredoo Supernet for mobile and fibre customers.”

Currently the 10Gpbs package, which costs QAR 7,500 per month, is only available for select customers in Doha. As well as incredible speeds and seamless connectivity, the 10 Gbps package includes the award-winning Ooredoo tv service.

Ooredoo’s new 10Gbps plan will enable speeds of up to 10Gbps on Ooredoo Fibre, ten times the current fastest fibre speeds in Qatar. Ooredoo Fibre 10Gbps customers will be able to download a HD movie faster than ever, and enjoy a seamless experience for services such as virtual reality and Ultra High Definition TV (UHDTV).

The upgrade to 10Gbps, alongside other significant enhancements to network infrastructure, according to Ooredoo, will support its broader strategy to introduce 5G services, offer 8K TV technology for entertainment fans, and position Qatar as the best-connected country in the world.