Technology is playing a key role in the global fightback against COVID-19, and one of the technologies that have really come to the fore during this crisis is cloud technology. 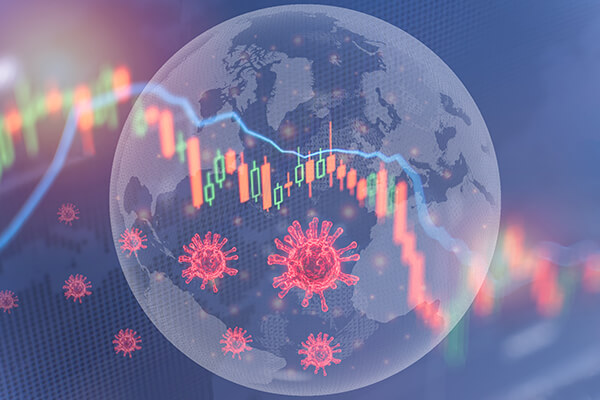 In this exclusive op-ed by David Parker, Co-Chief Investment Officer, Bahrain Economic Development Board, he outlines in detail how scientists are leveraging the capabilities of the technology in an attempt to control the outbreak.

From a peak of more than 14,000 cases in a single day, China’s Coronavirus curve is finally flattening into a plateau, with fewer than 1,000 new patients reporting symptoms in the first two weeks of March.

According to research from the World Health Organisation, technologies such as big data analysis and artificial intelligence have played a seminal role in China’s containment of the crisis – a model which is being replicated by national governments around the world.

Now, as the disease continues to spread throughout the globe and particularly into Europe, international taskforces are turning to tech-powered solutions – putting a sharp focus on the critical role of cloud infrastructure in containing the crisis.

Each confirmed case of COVID-19 presents scientists with a treasure trove of data – and by piecing together this vast puzzle, epidemiologists can delineate the spectrum and attempt to identify the source.

Where has the patient been? How is the disease affecting their health? What were their symptoms, and when did they appear? Collating and analysing this data in central cloud-based repositories has enabled health authorities to quickly comprehend the scale of infections, providing a fuller picture of a condition that at this stage is largely unknown.

But with more than 100,000 infected globally, the total adds up to millions – if not billions – of unique data points.
Known as outbreak analytics, this scientific discipline aims to produce real-time forecasts assessing how many people are likely to be infected with the virus and, crucially, where.

The outcomes are used to inform responses on everything from levels of staffing in hospitals to targeted local interventions.

Referring to the infamous Spanish flu outbreak in the early 1900s that infected more than 500 million people, analyst Brian Hopkins of Forrester Research told the Wall Street Journal that “advancements in information technology and digital data” can help to prevent a similar outcome for Coronavirus.

But processing such volumes of information requires immense computing power, as well as a solid ICT infrastructure capable of handling the load.

Cloud computing offers a strategic edge by allowing users to remotely run complex tasks on large servers rather than locally on their own computers – bringing substantial cost savings and a marked increase in speed.

Fortunately, many of the world’s major economies have already realised the value of this technology and are working in close partnership with providers to facilitate the opening of large data centres – such as in Bahrain, where last year’s opening of the first Amazon Web Services region in the Middle East heralded the start of an official commitment to migrate all government services to the cloud.

Indeed, according to recent research, some 90% of companies worldwide are on the cloud, and these data centres are set to process 94% of all workloads by next year.

Yet scientists and national taskforces are not the only ones making use of mass computing power in responding to the crisis.

Corporations and small businesses across the globe are moving to a remote working pattern as they seek to avoid infection among employees, while millions of students have been sent home from school and university classes.

During this mass disruption, continuity of service and education is essential – something which has given rise to an increased use of videoconferencing apps.

Bahrain, for example, has rolled out remote working to all government departments through cloud-powered Microsoft Teams, enabling the effective management of virtual teams, sharing of files and hosting of online meetings.

Information and eGovernment Authority chief executive Mohammed Ali Al Qaed – who is overseeing the deployment – said that the advanced technologies will ensure “continuity of workflow and service delivery excellence”, all while continuing to provide face-to-face contact between government teams.

At a time when millions are facing spells of more than seven days stuck indoors, the cloud means social distancing need not mean social isolation.

It goes without saying that the Coronavirus pandemic will change the way we work, live and study forever. But if the global crisis has shown one thing, it is the power of technology – whether for scientific research, for corporate continuity or for enabling our students to continue learning from home.

As more businesses and governments continue to migrate their services to the cloud, it is clear that this modern-day infrastructure will have a truly transformative impact on our way of life.